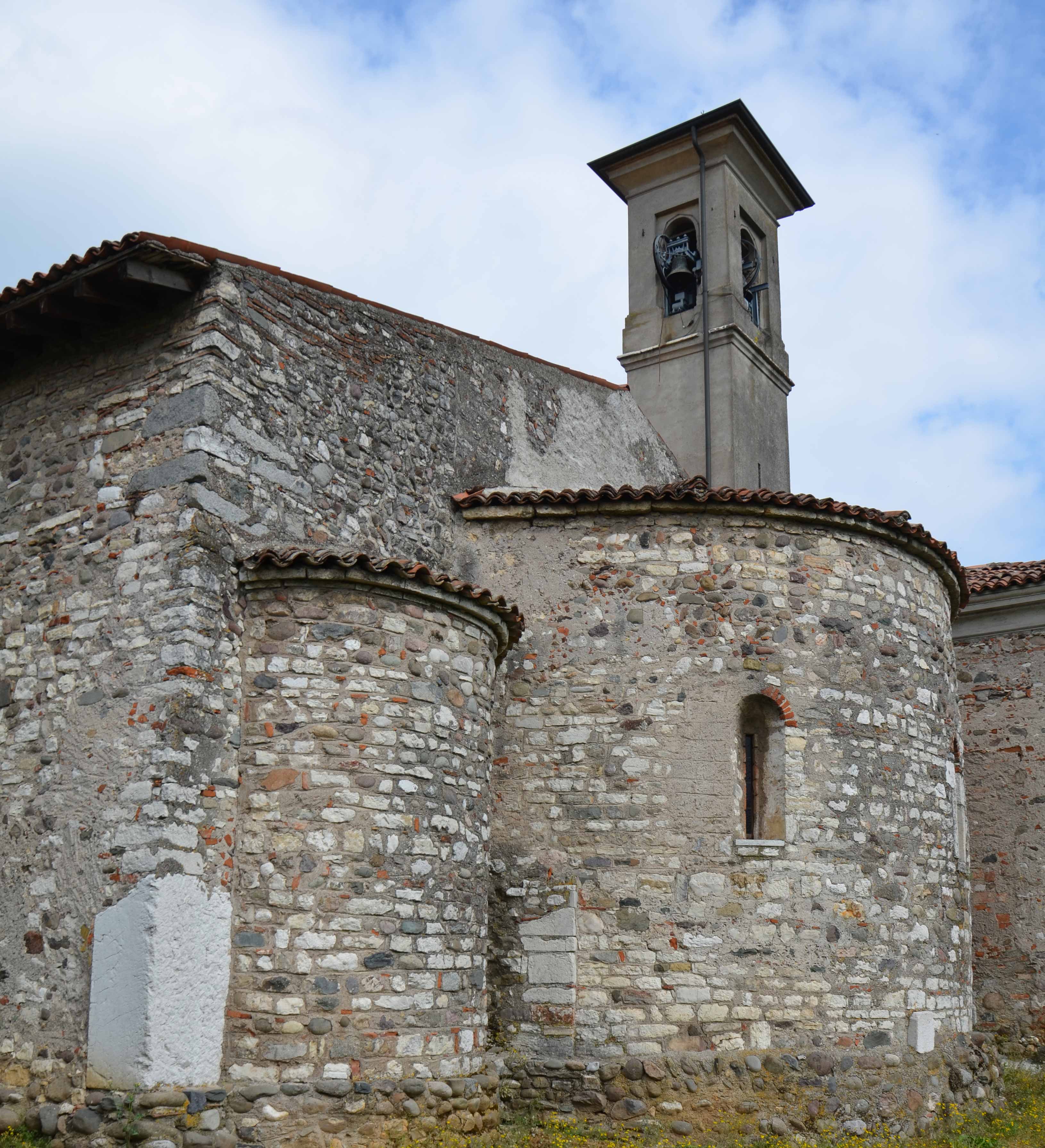 The baptismal church of Santa Maria Annunciata was built on the right banks of the river Chiese, two hundred metres from the road Brixia-Verona, in an area of a previous Roman settlement, perhaps a villa or, considered its proximity to the road and river, a mansio. In 1972 there was excavated the baptistry in front of the façadeof the church; the continuation of these excavations in 1996-1997 has unearthed the connection of the baptistry to the church and an annex lateral to the church with anearlier baptismal font.

The sequence has three principal phases. Of the earlier church there has only been excavated the sector north, but on the base of the width of the atrium and of the numerous comparisons, it has been hypothesized a place of cult of 23 x 22 m, composed of a nave with a semicircular apse andtwo lateral annexes, 4 m wide with pavements in pinkish mortar. In a central position in the northern annex there was found a hexagonal baptismal font, with sides plastered with pinkish mortar and there was a mosaic floor with a white background and figuring a jewelled cross from which hanged an alpha and an omega, within a circular cornice with a wave motif. Two steps permitted the entry and exit in the bath on the western side. The dating proposed for the mosaic (between the Vth and the start of the VIth centuries) offers a chronology for the entire baptismal complex. 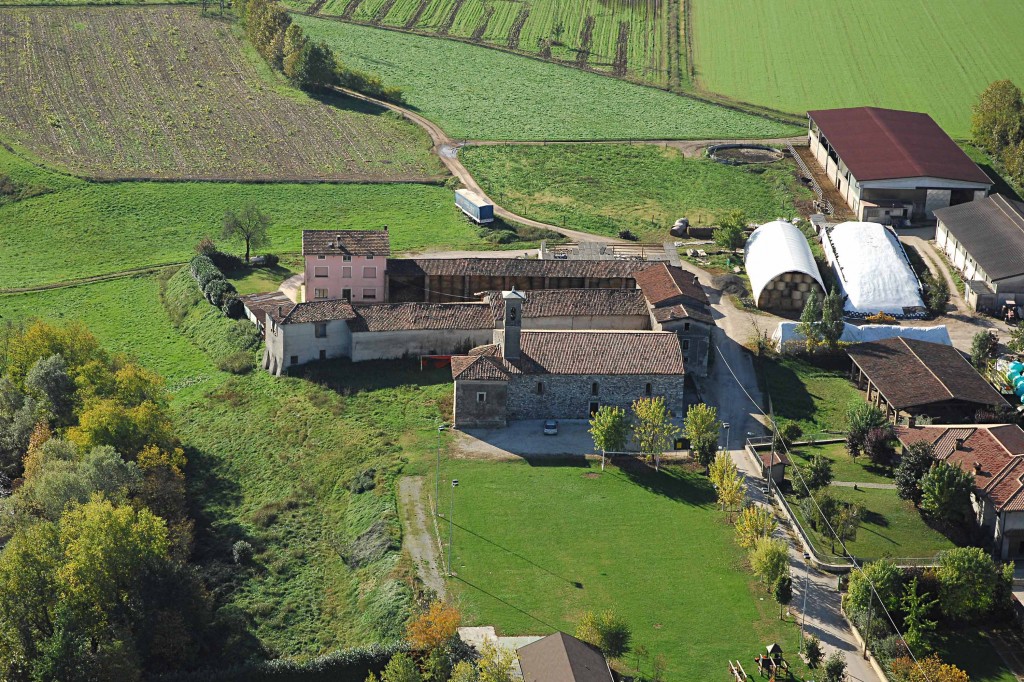 In early medieval times, the northern annex was subdivided into three rooms, with new mortar floors. In the north room the hearth in the corner connected to postholes and pits

indicated the residential function of the room, perhaps contemporary to the new baptistry in front of the church. Entitled to San Giovanni, it was made up of three rooms connected to the perimeter walls of the church by an enclosure wall. In the central room, with more robust and higher walls than the lateral rooms, the octagonal baptismal font with steps on the north and south sides was lined with hydraulic mortar and a floor in limestone flagstones, under which a conduit in bricks drained the water from the baptismal font to an external ditch. In the northeast corner a semi-interred feature permitted the heating of the water in the colder seasons.

The south room, had funerary functions, as confirms the discovery of six brick-lined tombs “alla cappuccina” or covered with grindstones. Otherwise it is not clear the use of the room. The dating of the baptistry, later than the church of late antiquity has a terminus ante quem in a solido of Charlemagne found on the pavement of the central room and a post quem in the font in the northern annex to the church. If one considers that this has been found in a perfect state of conservation, the reorganization of the complex could have been before the Carolingian age.

Whilst the new baptistry remains for a long time in use, and is only demolished following the ordinances after the pastoral visit of 1566, the church instead was restored in the XIthcentury and was narrower and longer compared to the late antiquity church and with three naves divided by pillars surmounted by arches and closed at the back with semicircular apses.There has survived part of the perimeter walls, the façadeand the central apse whilst the southern part was rebuilt in 1970.