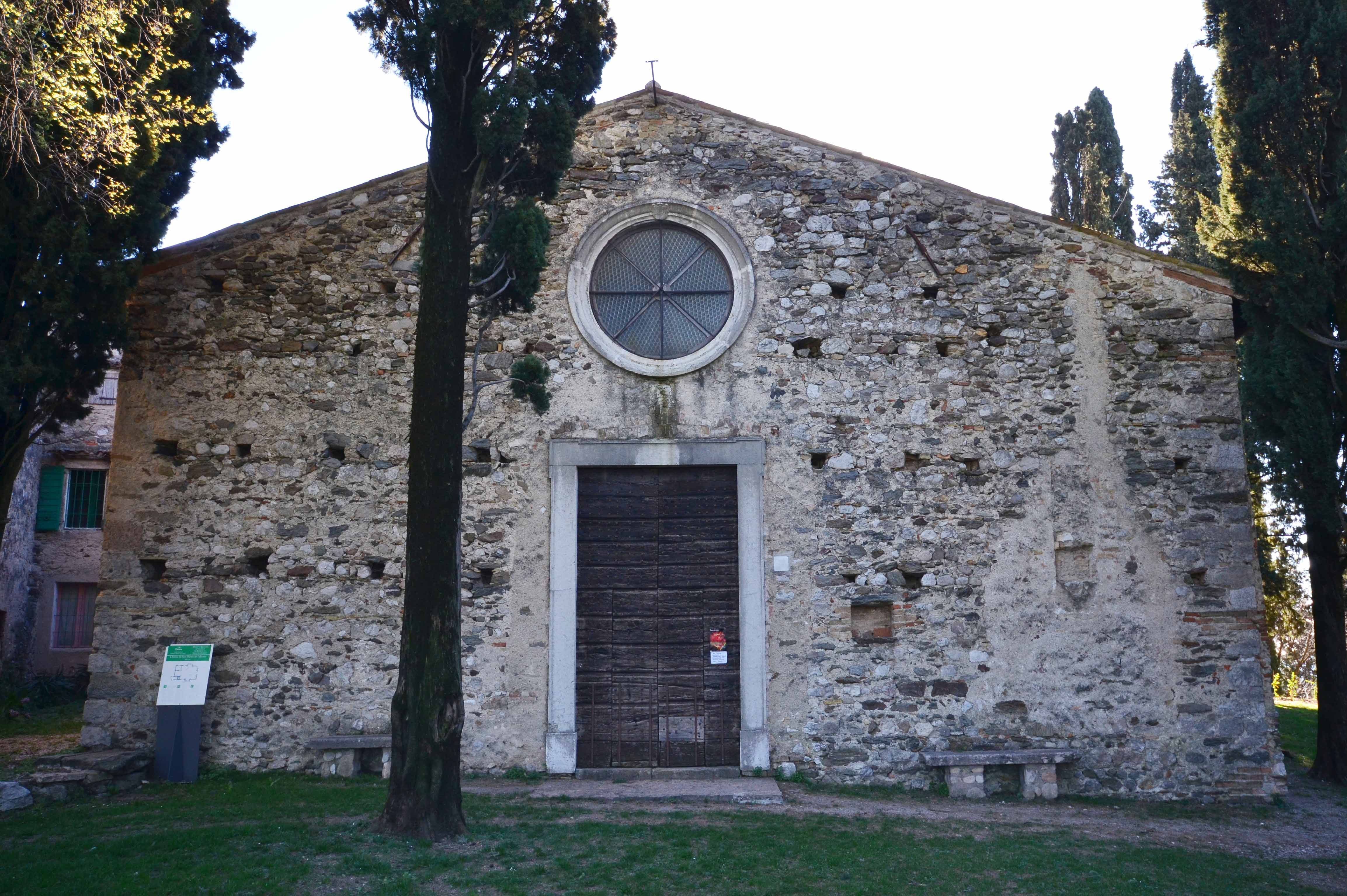 The centre of Polpenazze consists of the castle in which is found the church of Santi Fermo and Rustico, demolished after theconsecration, in 1595 of the new parochial church dedicated to the Nativity of Maria. The earlier parish church was not Santi Fermo and Rustico but rather San Pietro in Lucone, built on a hill to the west of the town. Rebuilt in the XVth century with three naves and a rectangular apse, there remained the bell tower in ashlar dated to the XIIIth century.

A Castelletto, a quarter of Polpenazze, in locality of Paoletti, in the Roman age there was a place of cult next to a spring. The present name derives from a fortification built on the top of a rounded summit, on the top and along the slopes there were superficial finds of medieval pottery until the recent urbanization. In a field at the foot of the hill on the eastern side in the sixties of the last century there was a fortuitous finding of a Lombard warrior burial with his weapons: a shield boss that is now at the museum of Gavardo, whilst the sword has been lost. At the foot of the hill, but this time towards the western side, there was built the church of Santa Maria Elisabetta, rebuilt in modern times.

Another centre, now dependent on Polpenazze, but probably in origin autonomous, is that of Picedo, with sporadic testimonies from Roman times and with the church dedicated to Sant’Antonio abate, probably of early foundation, even though it is cited for the first time by the bishop Ermolao Barbaro in 1454 and whose standing remains don’t appear to be earlier than the XIVth century; internally there are conserved frescoes of the second half of the XVth century.

The most interesting case regards the baptismal church of Bottenago, a quarter merged into Polpenazze in the XIXth century. Subject to the diocese of Brescia it has an ancient historythat is highly interesting (infra).