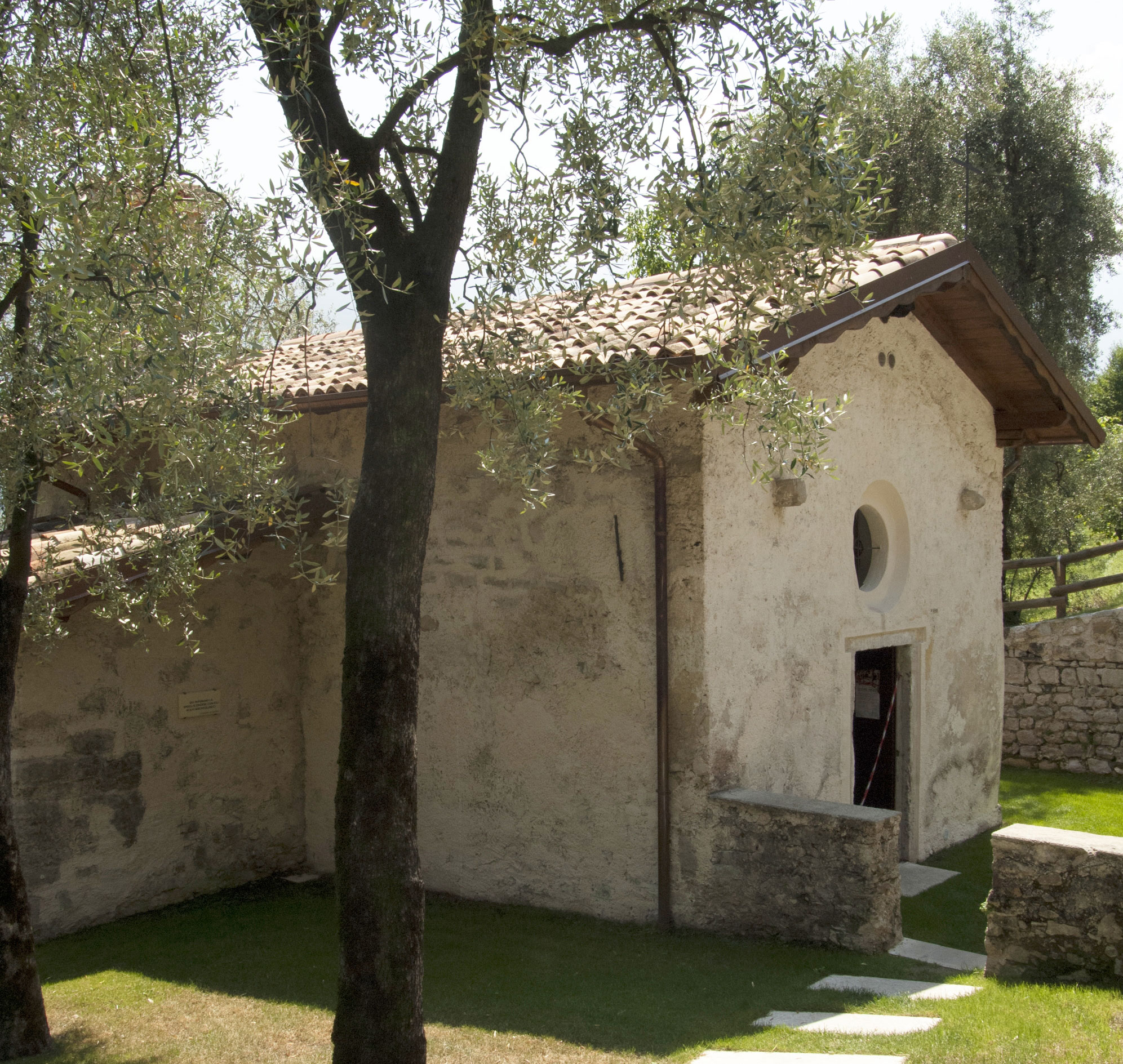 The small church of San Pietro, one naved with a rectangular apse, is recorded in the papal bull of 1187 as being subject to the baptismal church of Tremosine, is located in an olive grove to the south-west of the actual town of Limone, alongside the ancient road for Tremosine. The antichity of the church is confirmed by liturgical elements datable to the IXth-Xth centuries. There is conserved the stoup in oolitic limestone decorated with intertwined circles, walled into the south wall of the church, whilst two fragments of pluteo that have finished in a private collection at Brescia. Ina photograph from the start of the XXth century one can still see the two stone transenne with interlaced motifs of the single window of the south wall that can be compared to other churches of theVIIIth century. The window of the apse with a round arch can also be ascribed to the original church and up until the recent restoration and the roof of the sacristy was covered by Roman type flat tiles.

The original architectonic structure is perfectly legible, notwithstanding the thirteenth century renovation of the apse, contemporary to the frescoes, on the north wall of an Ultima Cena. In the XVIth century a portico was adjoined to the south side of the presbytery and on the plaster one can still read numerous inscriptions etched with a red colour.

The excavations of 2004 in the interior and in the area next to the building, have confirmed that the perimeter walls of the church belong to a single phase datable to the early medieval age (VIII-IXth century). It is a building with a rectangular plan (external measurements 7,6 x 5,2 m) with a single quadrangular apse at the eastern end (3 x 3,2 m). The earliest pavement, conserved in the western sector of the nave, was in mortar; at 2,10 m from the start of the apse, the pavement sopped in proximity to a slot, probably for the insertion of a screen for the presbytery. The presbytery had in the first phase a pavement in slabs of reutilized red stone, once the base for wine press.

Inside the church, there weren’t any burials, present instead externally, starting with the tomb that can be considered of the founder of the church in that it was contextually placed along the south wall. It was a tomb with a rectangular plan, delimited by large slabs of red ammonitic posed vertically and bonded with abundant mortar apart from the north side which was in masonry and the grave cover was a great slab of red stone.The successive tombs were positioned along the perimeter walls and later further from the walls. The first tombs were monumental (above all the tombs1 and 2), visible at ground level and with external grave markers; the later tombs were cut and disturbed by successive burials.

The small dimension, the typology of the church, the presence of burials and the chronology point to a function as a private funerary chapel, constructed by the owner within his farmstead. To the east of the church recent excavations have identified a rectangular building, the probable residence of the farmstead owner in whose property was built the church, we can’t say if it was by the founder or someone who later acquired the property.