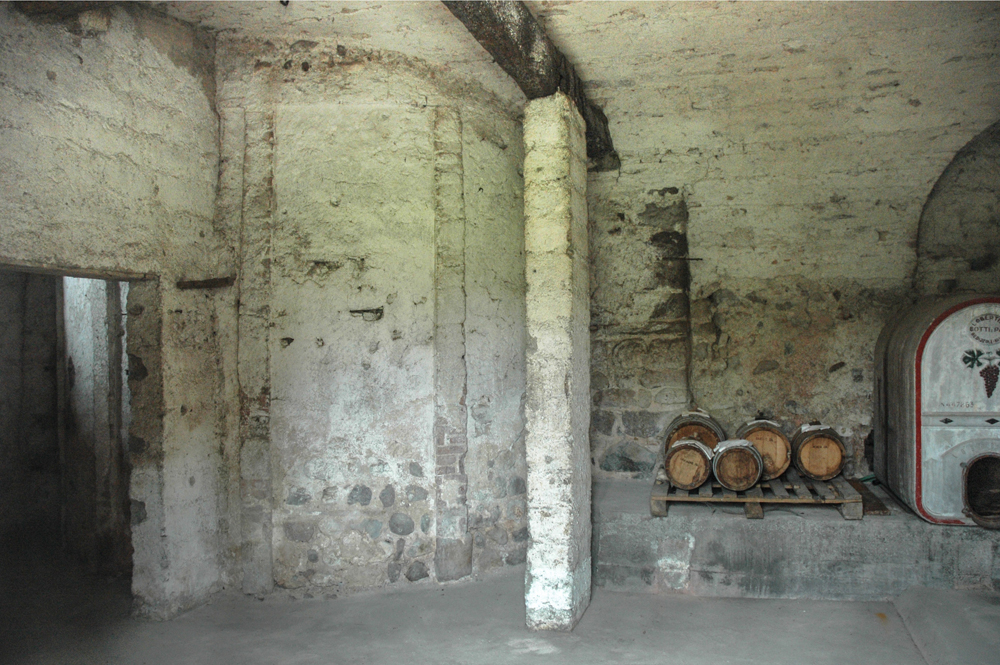 The church is the earliest in the town of Desenzano. It is nominated in 1541 as an ” old baptismal church” next to the then functional baptismal church of San Biagio of Rivoltella.
From the pastoral visit of 1532 we know that above the church there was a granary. In 1743 the bishop Bragadin notes that besides the frescoes of San Donnino, still then visible, one could see the date of 1495, when the frescoes were executed, and that the church had a sacristy.
San Donnino is significantly disproportionate in height compared to its ground plan (7,85 x 5,75 m). This characteristic is due to the major transformations at the church in the first decades of the sixteenth century, when the building was raised for the realization of the granary as recorded by the bishop Giberti. It is possible that this happened around 1532, because in the visit of bishop Giberto in 1530 there is no mention of it. Before this, the church was one naved with a semi-circular apse and a gable roof sustained presumably with trusses, then substituted by barrel vaults.
At the moment there are only visible the southern wall and the façadecovered completely with plaster, underneath of which one perceives the original height of the first building, by means of a thin fracture in the wall plaster on both sides at a height of about 4,50 m.
The openings in the walls are in phase with the sixteenth century heightening of the building, with the exception of a high, narrow arched window that dates the building back to the XI-XIIIth centuries. 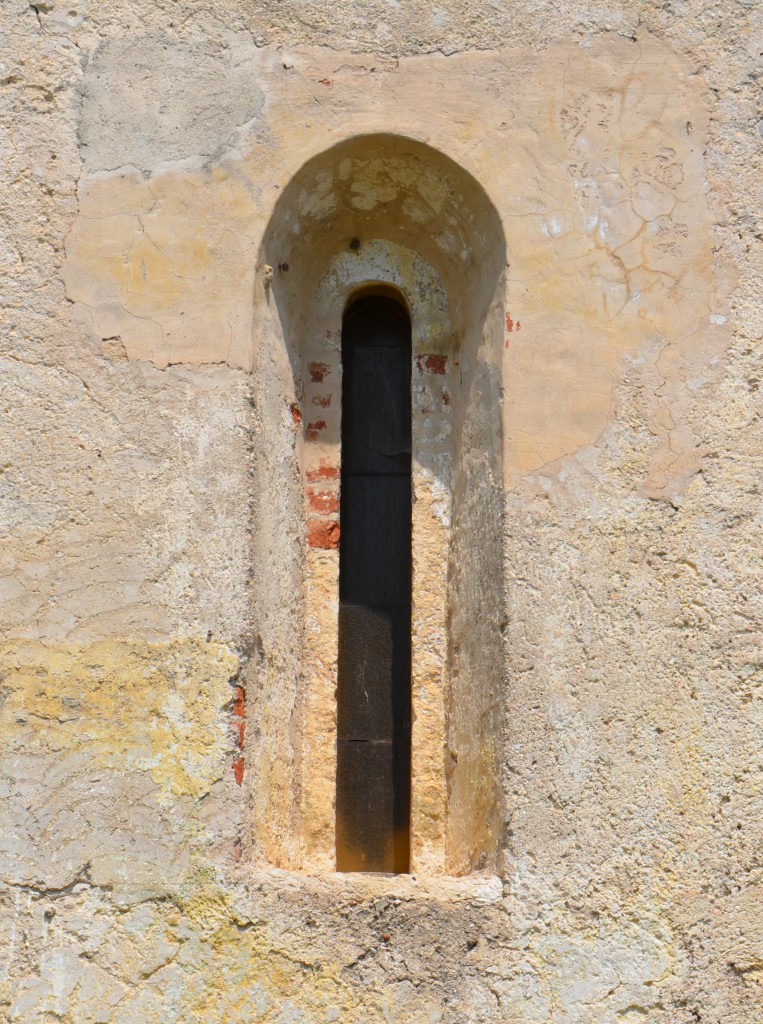 The northern and eastern sides have been incorporated into the rural buildings that started occupying the area from the late Middle Ages, but the apse walls are completely conserved. To see them, one needs to enter the cellar, constructed alongside the church in the XV-XVIth centuries in substitution to a previous building, testified by the remains of a wall that butts the southeast corner of the church.
The apse walls are built with stone slabs and pebbles laid in horizontal courses, with the addition of small brick fragments between the courses and bonded with abundant mortar with some traces of pointing. Six stone and brick pilasters, 20 cm wide, have regular decorative frames. A thick layer of plaster that covers the majority of the walls does not allow the identification of openings in the masonry. The top part of the apse is no longer visible. There remains visible the north-east corner of the church, in large stone quoins, whilst the south-east corner one can perceive only externally by the presence of two large aligned stone blocks, that have not been covered by plaster.
Both the apse and the single window can be confronted with numerous examples in the Lower Garda, such as San Cipriano or San Zeno of Lovato.
There is no sign of architectonic elements to suggest the presence of earlier structures.
The interior of the church was subject to a complete renovation in 1911, the only surviving two fragments of frescoes represent respectively a Madonna with child (in the apse) and San Donnino (the south wall) from the end of the XVth century, that confirms the date of 1495, noted by Bragadin in theXVIIIth century and no longer visible.