The Baptismal church of Lonato

The Baptismal church of Lonato 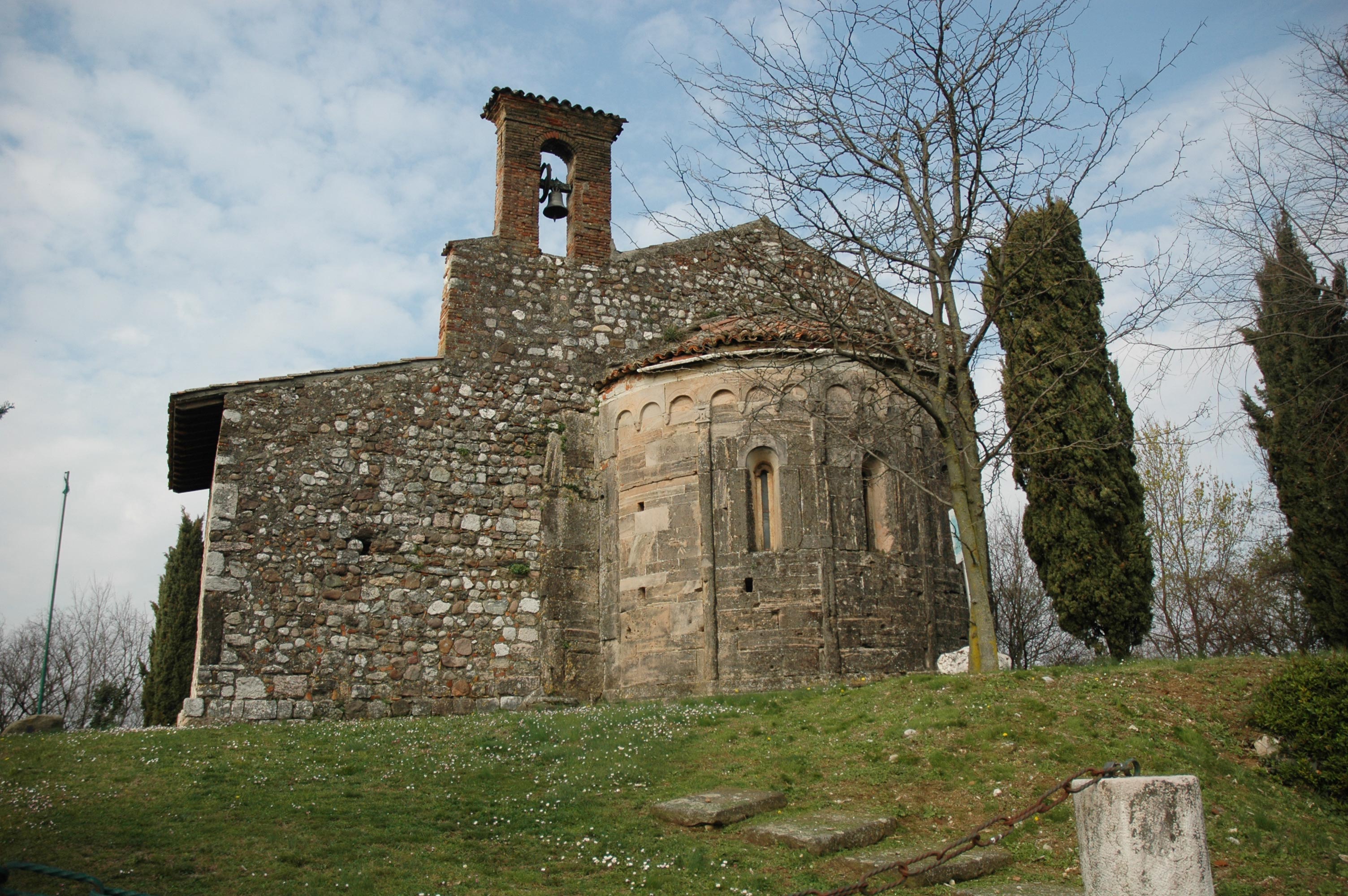 The extensive territory of the church was the result of the aggregation of three independent jurisdictions to Lonato; the first, Maguzzano on the lakeside and the other two (Venzago and Esenta), in the morenic hinterland. The territorial extension was therefore vast, in which there were numerous churches, some of which of possible ancient foundation have now disappeared. In the pastoral visit of the bishop Giberti, the baptismal church is named as San Giovanni, but it is remembered that San Zenone was the original name of the earliest church. Amongst its dependencies are recorded the churches, all within the town walls, of San Giacomo, subject to the monastery of Maguzzano, Sant’Antonio, Santa Maria of Corlo and the female monastery of the orders of San Benedetto with the church of San Defendii. In the countryside were the churches of San Cipriano, San Zenone, San Martino, San Quirico
(noviter eracta of the high priest) and San Pancrazio and Pantaleone (built by local men). In the visit there are not mentioned San Martino alle Gere on the confine between Lonato and Venzago, and San Pietro at the foot of the Rocca.

The baptismal church of San Zeno and the church of San Martino, 500 metres distant one from the other, were built over an agricultural area exploited in Romantimes to the south of the “via Gallica” which in the tract between Verona and Brescia crossed the river Chiese at Pontenove and then continued to Sedena and then Maguzzano, Desenzano and Rivoltella. There has been identified a large Roman villa in locality Pozze, dated, on the base of trial trenches done in the 1990’s to the I-IVth centuries, a rural villa in locality Fenile Schena and a stratigraphy observed in section to the south of Pozze. The Romanesque church of San Cipriano, is located to the southeast, close to the confine with Desenzano, in an area characterized by the presence of Roman villas, but of which we have no evidence of the early medieval stratigraphy above them. The nearest villa, that of San Faustino, seems to be abandoned in the VIth century. 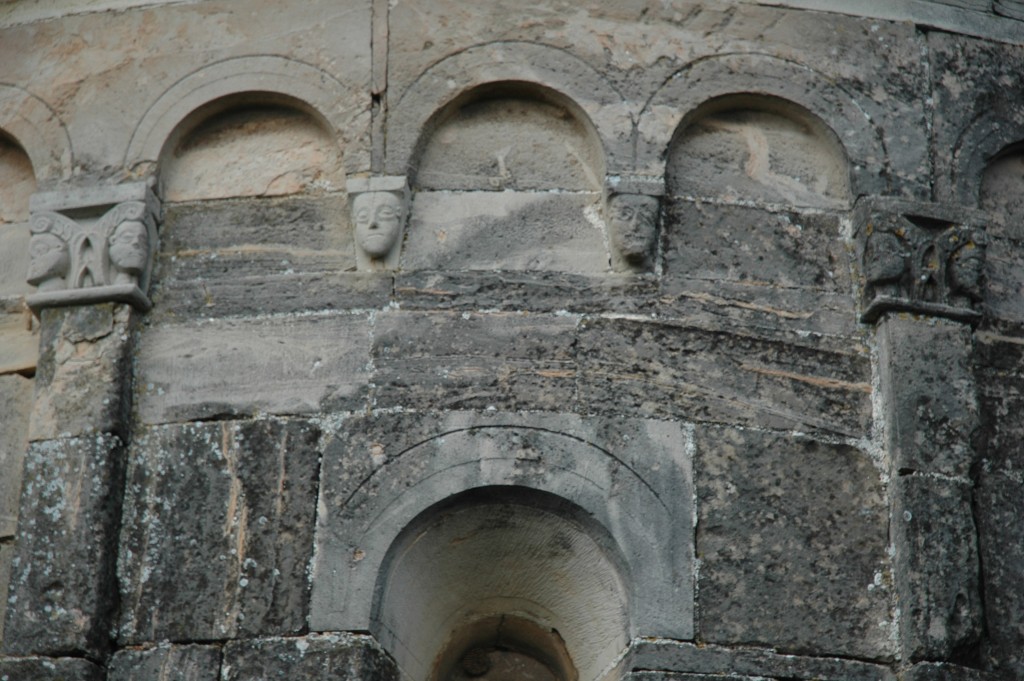 In 1154, pope Anastasio IV confirmed to the Veronese bishop Tebaldo the baptismal church of Lonato with its subordinate chapels, the tithes and the castle. In 1166 the high priest Ecardo participates at the investiture by the part of Pietro, responsible for the church of San Pietro in Oliveto of Brescia. In 1184, in a diploma of pope Lucio III for the high priest Riccardo refers to a baptismal church and a castrum vetus, in which the church was found. In the document there is listed the numerous possessions of the church, many of which are located in the territory of Lonato, at Sedena in Campagnola, at Corlo in the suburb next to the castrum vetus, near to the chapels of San Martino and San Cipriano.
Of the castle on the hill summit there has only remained some tracts of walling the width of a metre on the north of the hill.
The church is now one naved with a semi-circular apse and sacristy on the southern side. On the northern perimeter wall one notes three distinct construction phases and on the southern wall two phases that permits the construction of a chronology that could be confirmed by an excavation.
1. The central tract of the northern wall is attributable to the first church (the earliest church in which are conserved standing walls, but probably not the original church). It is constructed in bossed stone laid in horizontal courses and with a foundation about 30 cm higher compared to the façade and the apse; in phase with this wall is a crenelled window;
2. In a second phase the apse was constructed with soft grey stone blocksin various sizes but well laid. They are articulated around four pilasters that terminate with zoomorphic and anthropomorphic capitals, that delimit wall panels that are each crowned by three Lombard bands. In the three central wall panels there are three single splayed windows with internal arches, carved from a stone block in which there is trace of a semicircular furrow. The apse is bonded at the east to the north perimeter wall, constructed in the bossed stones in the lower part and with split stones in the higher part. In phase with this wall is a small splayed window, rectangular in shape with an internal arch, and a rectangular door with a stone cornice over which there was a large stone block decorated with a lunette and cross, that originally would have been above the main entrance in the façade. The large arch was built with the same stones used in the apse, and opened a passageway towards the south, perhaps towards the baptistry.
3. To the large arch and to the central tract of the northern wall, there are adjoined all of the frontage of the church, constructed with roughly hewn slabs laid in courses that are almost horizontal.  In this walling, regularized by pointing in the plasterwork, one notes two narrow and high single windows with arches and jambs of the entrance door.
4. Other than these standing walls, there is to indicate, at the base of the eastern and northern walls of the sacristy, two courses of a wall that extended to the west beyond the sacristy.
With these considerations there is the hypothesis of a first church, dated to the XIth century smaller and lower than the actual church (about 13 x 8,5 m), that is then enlarged in the first half of the following century to a length of 26,5 m with the renovation of the apse and part of the perimeter walls, the large arch in the southern wall whose intrados is frescoed with the figures of saints which probably opened to an annex, perhaps the baptistry and the actual sacristy.
To modern times are dated the demolition of the southern structures and the superior part of the eastern wall, the closure of the arch, the reconstruction of the sacristy, the little bell tower on the eastern side and the renovation of the higher part of the walls.