The Baptismal church of Salò

The Baptismal church of Salò 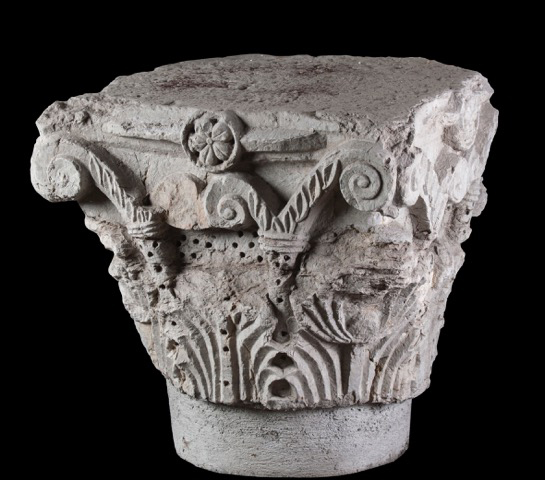 Pietro, native of Puegnago and high priest of the baptismal church of Salò, is remembered in a document of 1016 that cites also Cacavero and the property of the holding of Guagardo (Gavavardo) and of the (monastery?) of San Faustino at Cacavero. The baptismal church of Santa Maria had jurisdiction over the territories of the actual towns of Salò, Roé Volciano and Gardone Riviera. In 1580 it controlled the churches of Santa Caterina, San Giovanni Battista, San Bernardo on Monte Scipio, Santi Nazaro e Celso of Renzano, Sant’Antonio of Cacavero, Santa Croce of Villa and also San Bernadino dei Disciplini, San Giovanni of the observantFranciscans, Santa Maria of the Carmelites and the monastery of San Benedetto. To the parish church of San Pietro of Liano (that in the medieval version was without a crypt, as records Bongianni Grattarolo in 1599), upuntil the end of the XIIth century was subject to the baptismal church of Salò, in 1580 owned the oratory of San Rocco, and the churches of Santa Trinità of Triviolo, of the Ascensione of Volciano, of San Giovanni of Gazzane They were dependent in origin, again to Salò, the parish churches of San Nicola of Gardone and San Faustino of Fasano.

All this area was occupied by Roman villas and smaller rural farms in agricultural areas divided by woods and bogs. But it is above all the territory of Salò, that includes the concavity of the Gulf of the lake and the northern portion, from Villa of Salò and Cunettone, of the intermorenic terrace that from Villa of Salò extends as far as Raffa of Puegnago, that are noted for the numerous finds of the Roman age: a villa in locality Colombare, another two buildings with burials at Pramaggiore, two Roman burials with grave goods at Cunettone and Burgo of Villa. The settlement model constituted by farmsteads is confirmed by the praedial place-names: other than Burago, there are at least Lissignaga (confining with Puegnago) and Mastignaga (next to Muro). A vast necropolis, that remained in use from the Augustan period to the start of the Vth century and connected with every probability to one or more villas, has been excavated in the sixties of the last century at locality Lugone. It is not clear if the abandonment of the use of the necropolis was due the end of the villas, as has been suggested, or whether a new funerary area was chosen in proximity with a church.

It is probable that the church of Santa Maria had also a baptistry. Filippo Tomacelli records in fact in 1453, when the actual cathedral was built, that there was the demolition of the churches of Santa Maria and San Giovanni and probably also the ancient baptistry.

A trial trench, positioned next to northern wall of the baptismal church, individuated a phase of the V-VIth centuries, but it was not clear if it was related to a place of cult.

The bell tower has four constructive phases, two of which are Romanesque. In the lower part (phase 1), not later than the XIth century, the walls reuse architectonic elements, two Roman “cippi” and squared blocks, of minor dimension in the central part. Above in a later Romanesque phase (XIIIthcentury), squared and bossed stones at the corners alternate with broken stone in the centre. From ground level it is not possible to verify if the splayed windows withrounded strengthened arches and madein medieval brick are in phase with the walls or inserted later. Certainly the rectangular door on the northern with jambs in brickwork break the masonry of the first phase. In a third phase (between the end of the XIV-early XVth centuries; the bell tower was heightened with brickwork for the new belfry. To a later intervention is afurther heightening and addition of the small cupola.

From the Romanesque age (and there are clues that the church was rebuilt as well as the bell tower) are the two sculptural elements (a metope with a small horse and decoration with interlace), reused in the chapel of the Sacrament, built in 1590 and a capital now conserved in the museum of Salò.

Another church, at the western limit of the late medieval town of Salò defended by its walls, is dedicated to San Giovanni, and has a late Romanesque bell tower, but we don’t have evidence for an earlier one, that was rebuilt at the end of the sixteenth century. And the same is valid for the homonymous church at Barbarano, rebuilt in 1580-1585 as a chapel of the Capuchin Fathers.

San Benedetto is found at the edge of an area between the lakeside and the village of Muro that in the historical cartography and in the aerial photo presents regular agricultural divisions whilst the placename, Mastignaga could be of a Roman praedial. The nearby Castel del Colmo, a rounded promontory, in the aerial photo of 1962, there can be seen two concentric structures: the first halfway down that went around the hill, the second perfectly circular on the summit of the hill. It is no longer possible to gain further information as two modern villas have been built modifying the morphology of the site.