The baptismal church of Sirmione

The baptismal church of Sirmione 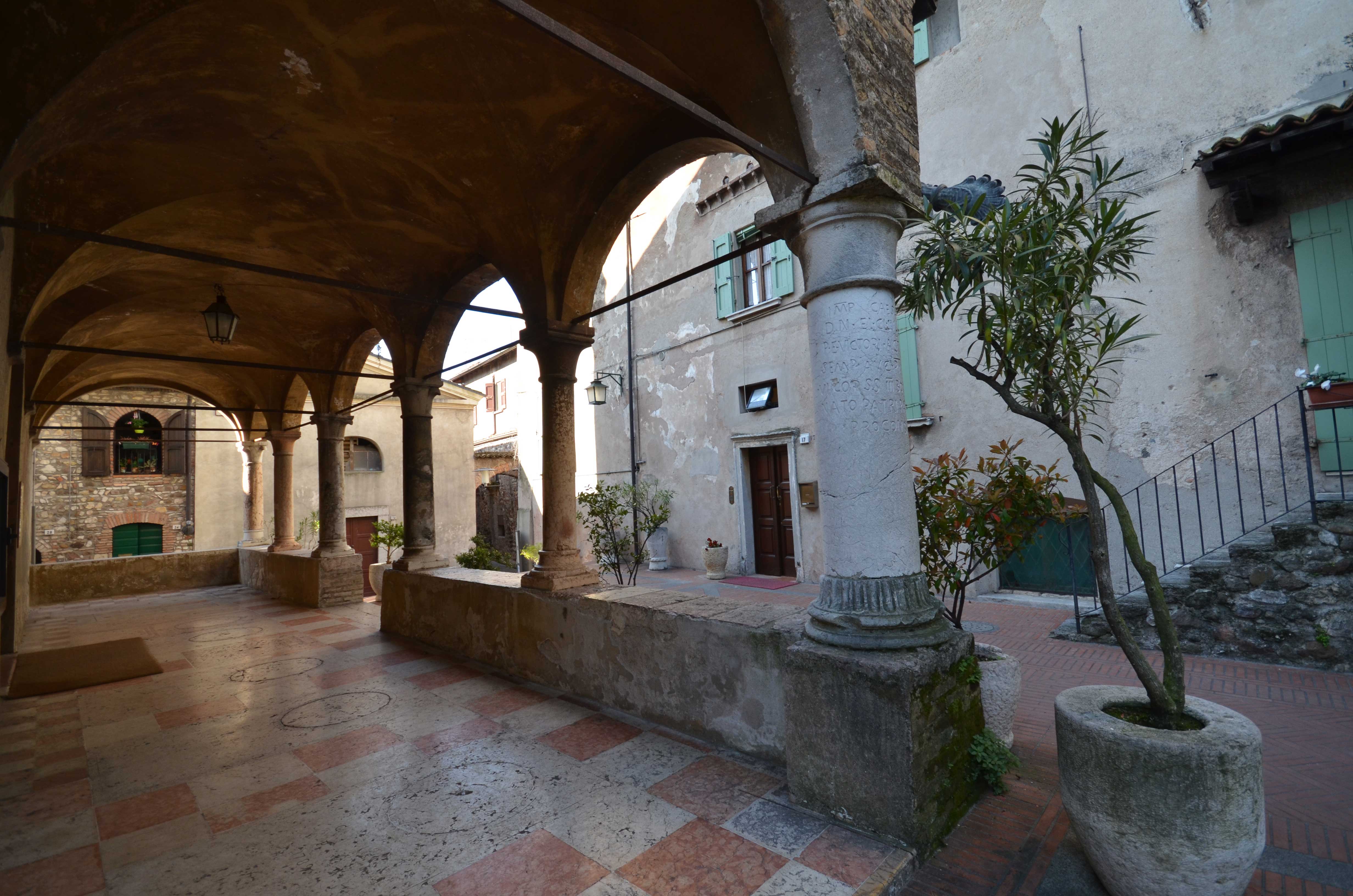 For its strategic position Garda was repeatedly interested by warfare from the IIIrd century onwards. First two incursions by the Alemanni, the former in 268, when they were defeated by Claudio II in the woods of Lugana to the south of Sirmione and the latter in 286-287 in the Adige valley. To this and other military events have been ascribed the fire that destroyed the villa “Grotta di Catullo” at Sirmione at the end of the IIIrd century as was the reinforcement of the defences of Verona (in 265) by Emperor Gallieno. The epigraph of Marco Nonio Cornelianovir perfectissimus a title held by a captain of the fleet has been treated by some historians as a confirmation of the militarization of Lake Garda, with a small naval garrison, similar to that recorded at the beginning of the Vth century on the Lario. It would have been based at Sirmione, which had been transformed into an island circuited by walls. The earliest northern tract, constructed between the end of the IVth century and the beginning of the Vth century, a perimeter of 440 m, has a width of 1,60-1,70 m and is built with irregular slabs of local stone, laid horizontally in the facing of the wall and in herringbone style in the core and the foundation of the wall.The wall is present at the northwest and the southwest sides of the Roman villa, the “Grotte di Catullo”, and then along the outline of the peninsula, on the west as far as Point Staffalo and at east as far as the Cortine hill. Afterwards, the hill was fortified with walls, approximately triangular in form, and strengthened with towers, that have remained in some cases up to 3,40 m in height. The wall has a with of 1,80 m, an external face in pebbles of large and medium dimensions, flecks of local stone and fragments of bricks laid in almost regular horizontal courses.
Beyond the hill the wall continues southwards, circumscribing a polygonal area and then joining the wall coming from Point Staffala. A square tower at east, 6,50 m per side, built with some reutilized Roman building material, has thanks to an excavation been dated to the VIth century. On the southern side, in the mid nineteenth century, there still stood the gate of the fortification protected by circular towers. On the southern side the fortification met the western perimetral wall of the villa of Via Antiche Mura, which had been reinforced with circular towers.
The walls can now be seen for a length of 110 m in an archaeological area of the villa, near Hotel Ideal and other private properties. On the eastern side, in locality Bionde, there is conserved another tract of over 100 m for a maximum height of 2,90 m. To the south of Cortine, near to the Lombard monastery of San Salvatore, one can see the tower excavated in 1996.
At the end of the VIIth century, the Anonimo Ravennate (Ravenna Cosmography) recorded Sirmione as a civitas, in other words the centre of a district (run by a magistrate and directly accountable to the Lombard king), whose confines ran to Gusnago (in the town of Ceresara) to the south and to Sommalago in the Trento area to the north, as confirmed by documents of the sixties and seventies of the eighth century. The memory of the civitas remains still in the XIIth century when a plot of land is placed near the walls of the city.
Some sources of the 6th and 7th decades of the VIIIth century cite the castle of Sirmione in relation to three churches: two within the castle, San Martino and San Vito and one on the outside, San Pietro in Mavinas. Also the monastery of San Salvatore, founded between 760 and 772 by Queen Ansa and subjected to San Salvatore of Brescia is within the castle. According to these locations, the castle in the VIIIth century was reduced to only the southern part of what was once the great castle of late antiquity and remained so until the XIIth century, when some records of Santa Giulia cite the walls of the castle at Cortine.
After the defeat of the Lombard kingdom, Charlemagne gives the island with its castle to the monastery of San Martino of Tours, but at least by 841 the monastery of Sirmione and the churches of San Martino and San Vito had returned to depend upon the monastery of San Salvatore of Brescia, who maintained its property at Sirmione until the mid XVth century when the Pope orders its alienation.
The church of San Vito was demolished in 1744 and the land on which it was built became property of the town council of Sirmione. That of San Martino is cited in the 1106 papal bull of Pasquale II as property of the Brescian monastery, but in successive diplomas is not mentioned in contrast to the churches of San Salvatore and San Vito. The historian Paolo Guerrini suggests it had changed its name to Santa Maria Maggiore, the church that still exists today.