The Baptismal church of Toscolano

The Baptismal church of Toscolano 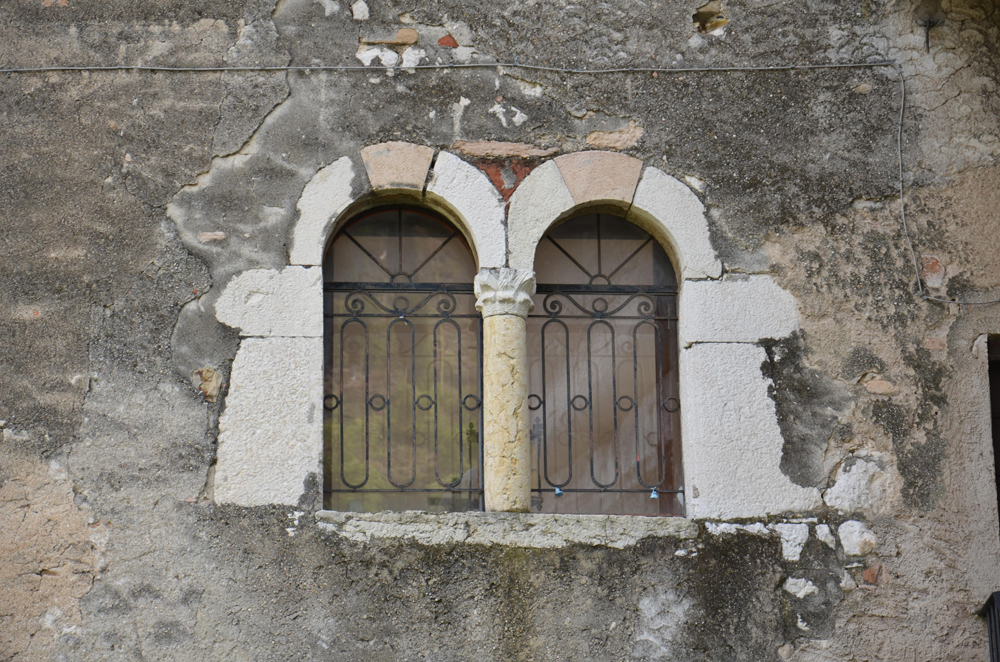 In 1580 there depended on the baptismal church of San Pietro and Paolo of Toscolano, other than Sant’Antonio dei Disciplinati and of San Domenico of the Lateran canons of San Salvatore of Brescia, also the churches, of probable early foundation, of Santa Maria of Supina, San Michele of Degagna, San Nicola of Cecina, San Giorgio of Gaino (perhaps cited indirectly in a document of 983), San Sebastiano of Gaino with a late medieval bell tower, San Benedetto (part of the possessions of the monastery of Leno, mentioned from 1041).
The villa of Nonii Arii, built on the lakeside, was one of the largest in the territory of Garda. A castle was built over it at an unprecised date that in an inventory of the bishop’s revenue of 1308 describes it as “old”. The place-name characterizes the area that has, towards the south, a semicircular form; whilst to the north it amplifies into a trapezoidal form and has a notable difference in level towards the lake and also towards the south and east.
Immediately to the north of the villa (and of the castrum vetis) rose the baptismal church entitled to San Pietro and Paolo (attested in1040) and the church of Santa Maria said of the Benaco in that was built on the lakeside. Two hundred metres to the north was the church of Santo Stefano, near which in 1255 was recorded a property known as “Curterezio” a clear allusion to a royal court (corte regia), a centre of fiscal property in which was probably converged that of the villa, then passed on to the bishop of Brescia between the IXth and Xth centuries.
Fragments of liturgical sculptures of the VIIIth century, coming from a rural complex (there is visible a small capital to the north of the rectory and perhaps of Santo Stefano (now a private dwelling), suggest a terminus ante quem, whilst nothing is visibly conserved of the architecture of the three churches: the baptismal church of San Pietro e Paolo has been integrally rebuilt starting from 1584, whilst the interior of Santa Maria of Benaco was remodelled in Renaissance form (with frescoes dated by an inscription of 1469);Santo Stefano in corte regia (later Sant’Antonio), that measured 9x 7,60 m and is visible in the historical maps and was demolished in 1935. In the pastoral visit of bishop Bollani and then again in the apostolic visit of Federico Borromeo of 1580 it was prescribed the demolition of an early medieval ciborium. Marin Sanudo describes l’altar grando in mexo la chiesa con quattro colonne et di sopra uno capitello con ydolo, zoè Jove Amone in forma di ariete con un buso nela cuba, andava il fume de li sacrificij suso. The columns were those in tonalite, upstanding in the parvis in front of the church. Beneath them there is an altar with the statue of the Madonna. The presence of a ciborium and the entitlement to Santa Maria could point it to being the original parish church and that San Pietro and Paolo from being a funerary chapel next to the baptismal church, and then became (before 1197) the main church. The change could have been due to the difficulty of enlarging the church, built on a slope dropping down towards the lake, whilst it was simpler to reconstruct San Pietro, that was higher up on flat ground and with enough space for the bishop’s house, as described by Grattarolo: ” next to the church there is a very comfortable “palagio” with lots of rooms, which was built by a bishop of Brescia and has always been owned by his successors, it is called the Vescovato”. The domus, to be put into relation with the bishop’s property at Toscolano, is attested at the end of the XIIth century but could date back to much earlier imperial donations, corresponds to the building that rose to the north of the castrum vetus. Notwithstanding that the plasterwork does not allow a complete stratigraphic interpretation, one can still recognize some Romanesque structures (XIth century), that allow the reconstruction of the size of the bishop’s residence, 7,60 x 17,50 m (external measurements) and with two storeys and a main entrance to the west. The differing building techniques in the northern perimeter wall, as regards to those of the west wall and the partition walls that are typically Romanesque (of the XIth century) leads one to suppose that the building was constructed against a pre-existing wall. 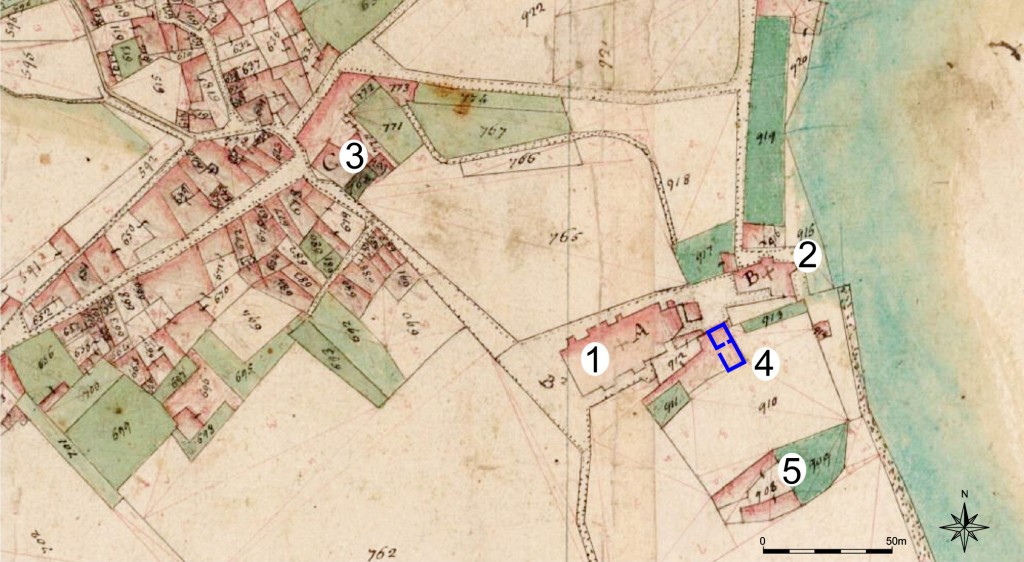 In a successive phase, probably in the XIIIth century, there was an enlargement towards the west to create a corridor, of which are contemporary, on the north side: (a) a door at ground level, whose western jamb (the only one visible) is a monolith in red ammonitic, whilst the reinforced arch is made with new bricks, leads into a room with a groin vaultedceiling, delimited to the south by a wall (a partition wall?), characterised by a wallface with flushed pointing; (b) a mullioned window with monolithic jambs and arches in stone blocks, probably remade, that is supported by a small column with e leaf capital of the VIIIth century (visible above the door, on the first floor, where the width of the wall is only 50 cm). On the eastern wall there is a similar mullioned window, with monolithic jambs and a reused central column, whilst the arches and the capitals are not conserved; it is not possible, because of the covering plasterwork to see its stratigraphic relationship with the wall.
In a third phase (XVIth century) the building was heightened and new windows and rectangular doors with cornices in grey stone were opened; the rectangular room on the first floor was decorated with frescoes inserted in panels surmounted by cornices. Perhaps to this phase is when the cellar with a barrel vault was built, under the south room and an enlargement towards west with the construction of a buildingthat gave the building a L shape, characterized, up until 1850, on the side towards the church by a portico and a loggia.
The complex had an internal courtyard, that one entered through” a grandiose portal in stone with the bishop’s coat-of-arms”, and a fine garden with citrus trees. After the separation of the parish from the revenue of the bishop the building became a rectory for the parish priest, as it still