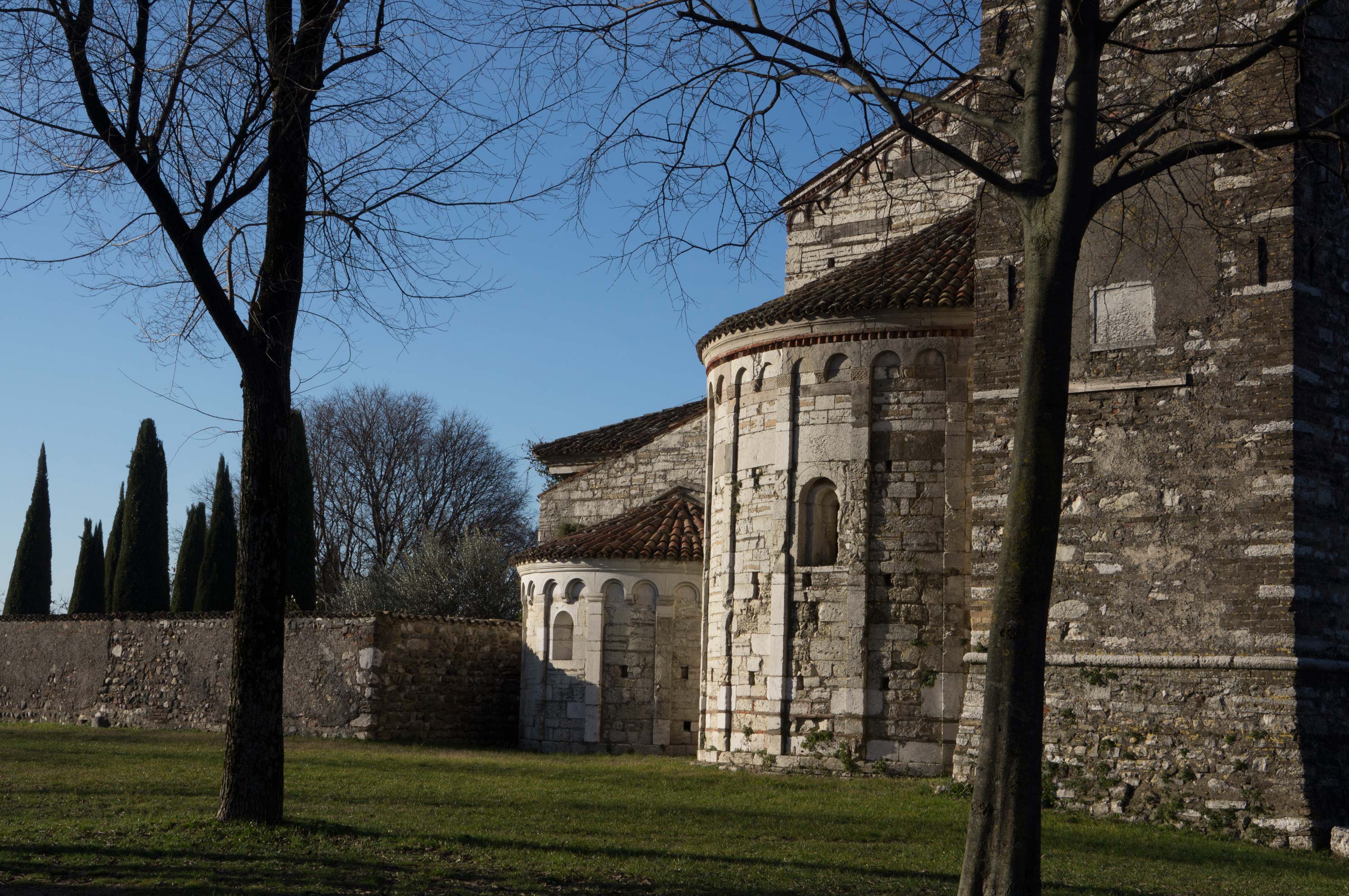 The baptismal church of San Pancrazio at Montichiari is one of the most important baptistries and best conserved of the Brescian diocese. The complex, precisely orientated, has a basilica plan with three naves terminating with apses. Situated to the southwest of the hill of San Pancrazio, it stood out for its severe aspect with its architectonic lines extremely simple and essential, and for its attractive walls in Medolo stone in ashlar masonry, laid in horizontal courses. The naves are divided by an alternation of columns and cruciform pillars, over which there are poderous transversal arches that divide into four bays the central and lateral naves.

In its walls it reuses Roman imperial building materials, amongst which a funerary monument figuring the busts of a husband and wife, now used as a pediment of the third column to the west. In the corner of the façade(at the bottom to the right) a block is decorated with ivy leaves coming out of a fluted vase with small horizontal handles, to the sideof which there is a dolphin with its tail turned upwards. Very significative is a funerary epigraphy, placed in the arched lintel of the north door, of a certain Cornelio that has made the stele for himself and probably for his wife Seconda and son Candido. It is likely that these elements came from the Roman villa at the base of the hill.

The corbels, adorned with heads and rosettes, and the small capitals of the pilasters decorated with interlacing work of refined taste, carved from grey sandstone, are associated with the Veronese production of second quarter of the XIIth century. In the presbytery there is now placed a slab of an ambo in red ammonitic stone of Verona, dating to the second half of the IXth century, recuperated from Montichiari and Carpenedolo. 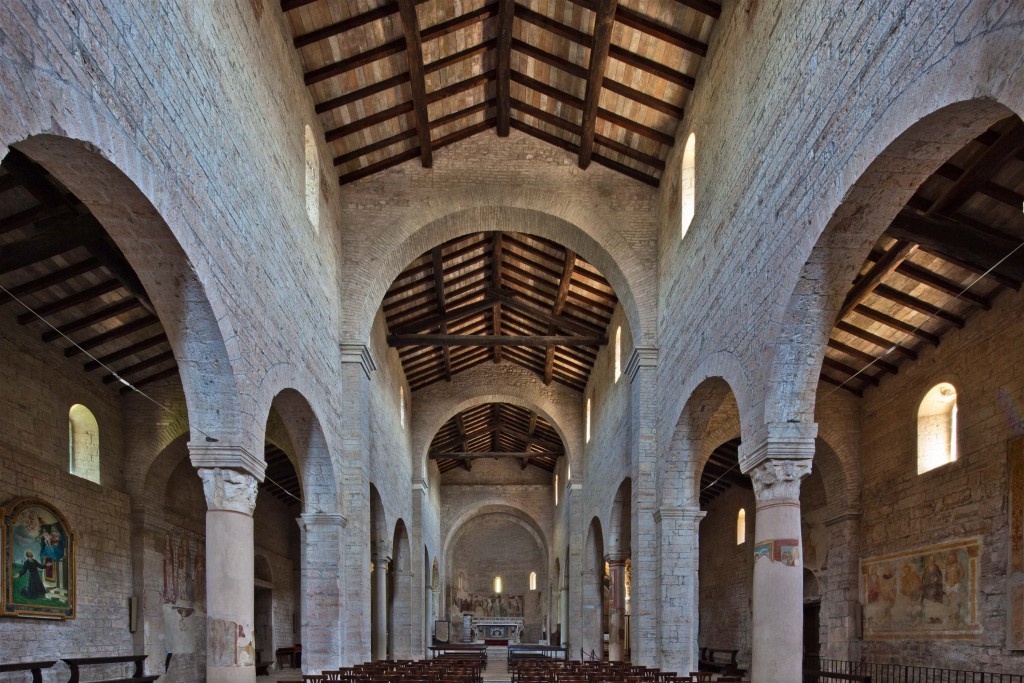 The church, founded to affirm the independence of the church from the local feudal power, has been restored to its Romanesque phase through a long series of restoration work (1985-2005), that has seen the demolition of all the additional structures and the partial reconstruction of deteriorated or lost parts.

The original layout was characterized by an ample presbytery that extended beyond the last cruciform pillars and whose floor was higher than that of the nave. The access from the nave to the presbytery was by means of three steps. The presbytery extended also, at the same height in the lateral naves with an access reserved for the clergy on the south, testified by an elegant door visible still from the outside. At the centre the was the principal altar, dedicated to San Pancrazioand two minor altars to the side dedicated to San Biagio (the southern one) and to the Virgin (the one to the north).

The Romanesque building must have been characterized as well by an iconostasis formed by two columns and a trabeation(probably in wood) that divided perceptively the presbytery from the congregational hall.

Next or adjacent to the church there was an imponent bell tower whose sudden collapse, probably associated with the devastating effects of an earthquake in 1222, damaged a lot of the north-east walling of the building (the north apse and the bay in front).

The constructive unity of the Romanesque building is demonstrated by the continuity of the walls both internally and externally for the whole length of the naves. Those that seem two distinct constructive phases, are more simply, attributable to a change in the skilled craftsmen that happened halfway through the construction of the church. There remain ample traces of this above all in the presbytery.

A testimony to the grandeur and the richness of this large baptismal church is the precious astylar cross, dated to the XIII-XIVth centuries, now in use at the parish church.