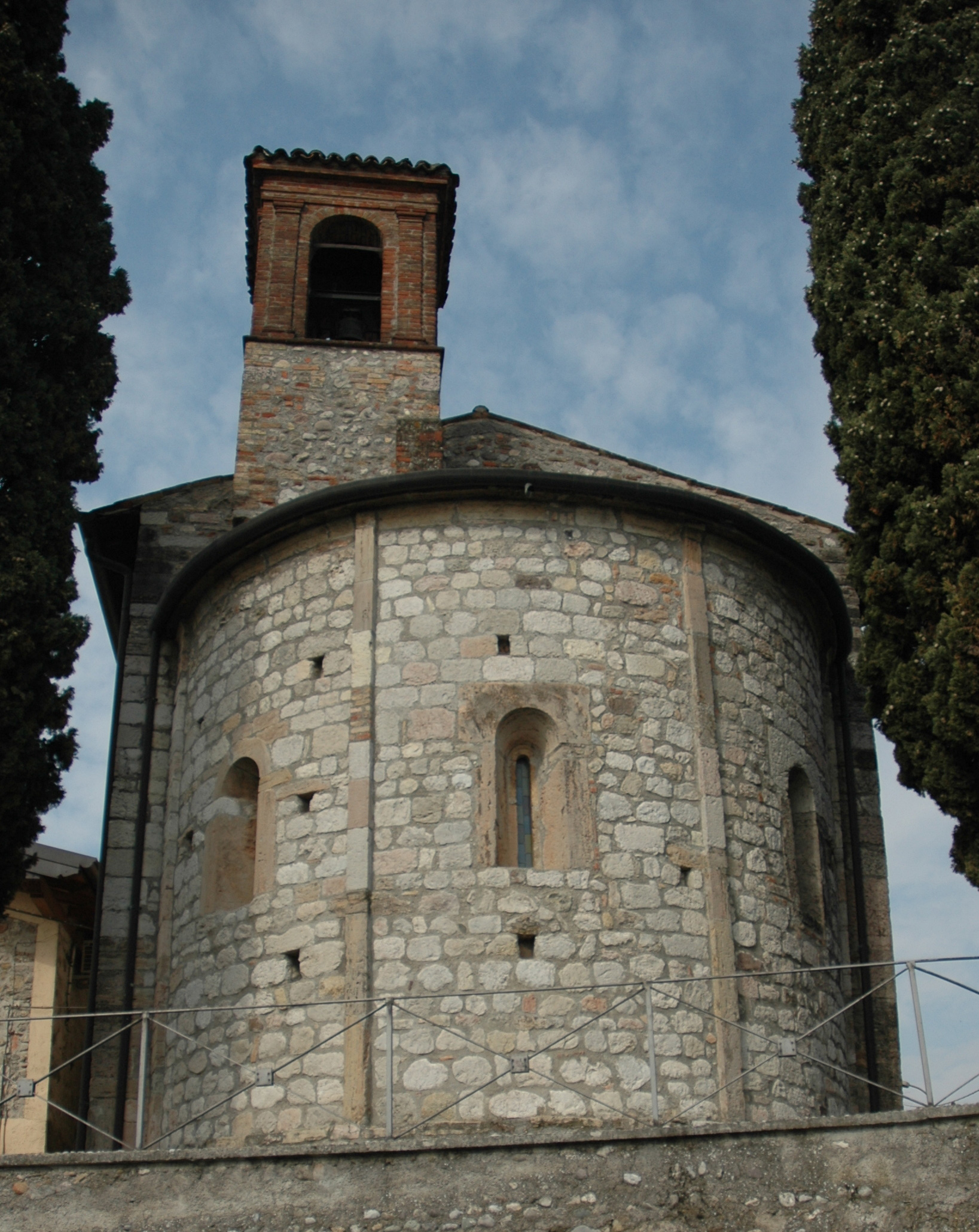 The church, cited for the first time in 1184, was built on the side of a hill, near to the ancient road that from Lonato led to Centenaro and Pozzolengo. It was one naved and had an apse divided externally by narrow pilasters, as at Santa Maria of Bottenago and San Donino of Desenzano. The three single arched windows of the apse are identical and made from the same soft grey stone like the apse windows at San Zeno of Lonato and of those, made with a different type of stone, of San Girolamo and San Donino of Desenzano.
The building techniques of the façade, of the north wall and of the apse is noted for the use of ashlar and stone slabs of varying lithology and colour laid in nearly horizontal courses, similar to those of Sant’Emiliano of Padenghe. The south wall is in pebbles laid in regular courses. The corners are reinforced with larger and well-hewn stones. The portal in the façadehas jambs in large blocks of reused stone, whilst the lintel is a reused stone of minor thickness. A second high and narrow door, to the south in proximity to the presbytery, now walled up, has jambs in red and white limestone and an arch in softer stone. Lastly, there are three windows in the northern wall and two in the southern one, similar to those of the apse, on the north with soft stone cornices (one with an arch in bricks), on the south with limestone cornices. The internal renovation of the presbytery is modern, and the bell tower is next to the eastern wall and a large rectangular window with a lowered arch in bricks has disfigured the façade. 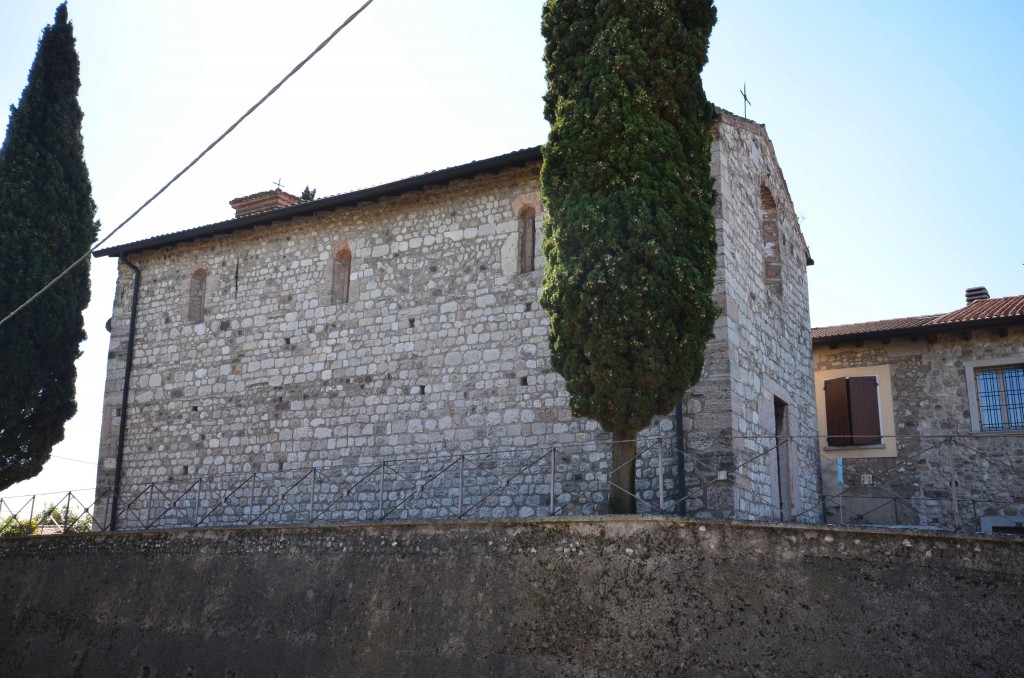