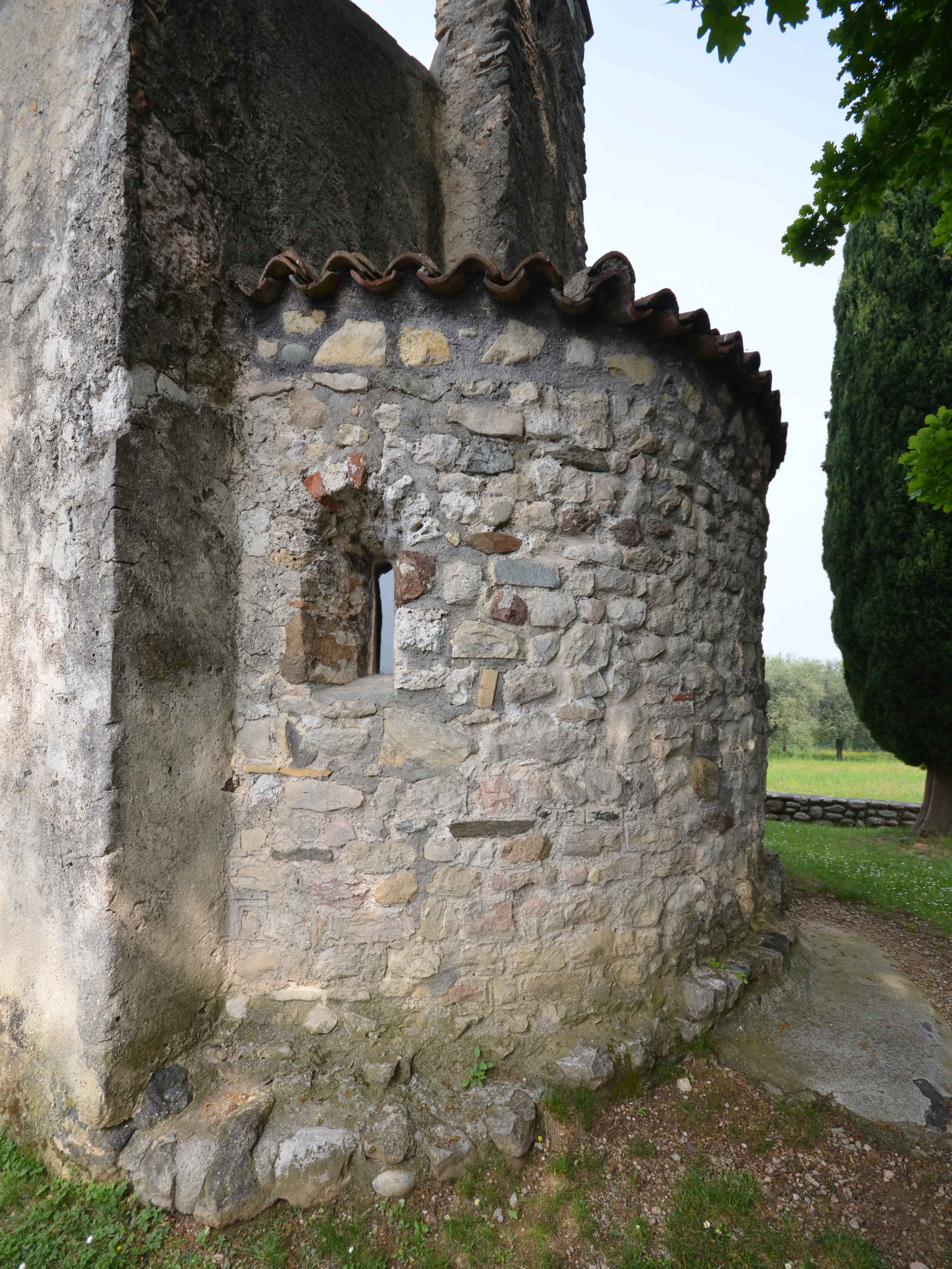 San Giorgio is a small one naved church with semicircular apse and a belfry imposed upon the apse; the nave is preceeded by a portico added on in the XVIIth century; it was built on a promontory of the Rocca, on a hill above the port of Dusano. For the area there is no sign of prehistoric or Roman settlement, as for the top of the promontory and the area between Montinelle and the area of the baptismal church; the southern and eastern areas were probably used agriculturally or were woodland; even now the church is placed on the edge of fields and the litoral woods.

The documentary evidence does not give any useful information on the history of the church that is registered in the pastoral visits as a rural chapel in 1532; from 1670 it results as belonging to the town of Manerba. The antiquity of the building is however shown by its plan and the walling that permits the recognition of two phases between early medieval times and the XIth century.

To the first phase can be attributed the northern perimeter walland the part next to the apse built in “opus incertum” with broken stone. Aftera structural collapse, a large part of the apse was rebuilt with two single splayed windows and the south wall as well, with the use of broken stone and some elements in “tufo” that were previously used in window arches and set in courses more precise than the previous walling with notable flushed pointing. The wall techniques and the typology of the splayed single windows with archivolt in “tufo” suggest a dating of the chronology within the IXth century, confirmed by the stringent likeness to the church of San Zeno of Pastrengo, documented in 1061. 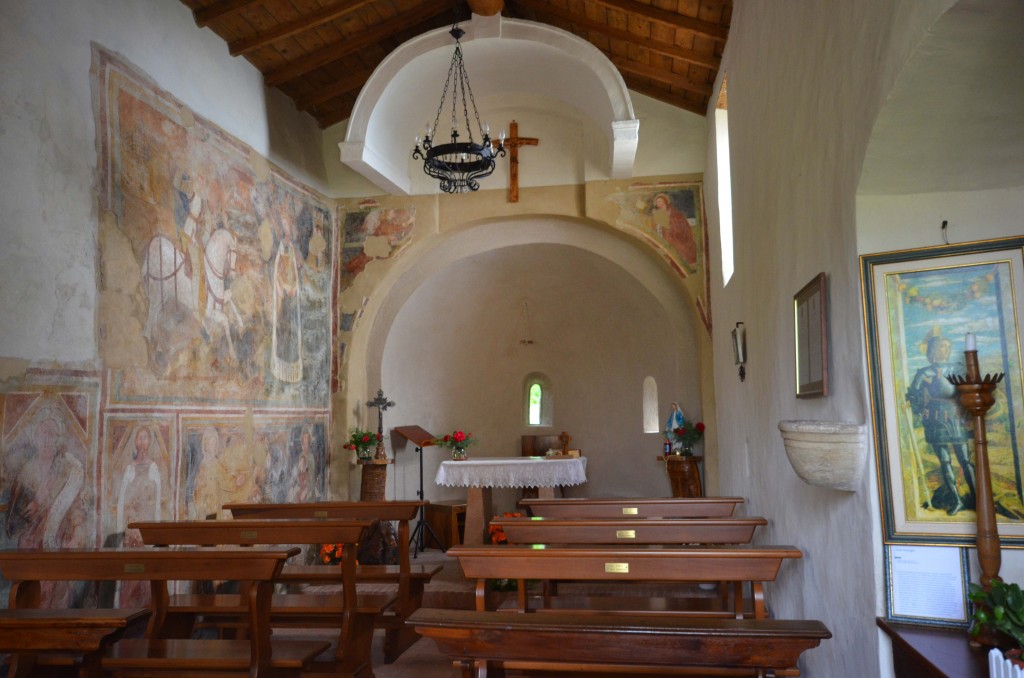 The Romanesque renovation of the apse from ground level upwards, is confirmed by the presence at the base of the northern wall, of a small pilaster from a liturgical screen dated to the end of the VIIth-beginning IXth century. In the wall structure of the altar there was used a stone slab with a crucifer lamb, dated presumably to the VIIth century that is now on show in the nave. The presence of two fragments inside San Giorgio is not enough for a hypothesis on the original identity of the cult building: there are three elements the same as the pilaster of San Giorgio that come from the baptismal church of Santa Maria and the church of San Nicola at the Rocca. It is possible that all these elements came from the baptismal church and that they were removed in occasion of the Romanesque renovation of Santa Maria and transferred to the chapels that were subject to the church, although it can’t be excluded a coordinated campaign of artistic embellishment of the church and its chapels, with the commission of works by the same skilled craftsmen.

There are not conserved traces of pictorial decoration of the Romanesque age: having lost the ceiling decoration in the apse, there remain the interventions of the last decades of the fourteenth century and the start of the fifteenth century of skilled painters of Verona who also operated in the baptismal church of Santa Maria, where they decorated the south apse, and have also been attributed to the execution of the votive paintings in the sanctuary of Malongola at Casalromano. On the triumphal arch is represented l’Annunciazione, with an evident homage towards the later work of Giotto, the northern wall has some votive panels- San Giovanni, to whom the church of Solarolo is entitled, Santa Caterina (?), San Leonardo, invoked for the liberation from prison- and by a large courteous scene, San Giorgio che uccide il drago e libera la principessa, with an exuberant backdrop. All the paintings of the nave, as for contemporary ones at the baptismal church of Manerba, are characterized by extensive use of foilwork, for the halos, for the armour of San Giorgio, the refinements of the vestments, recognisable by the incisions on the edges.