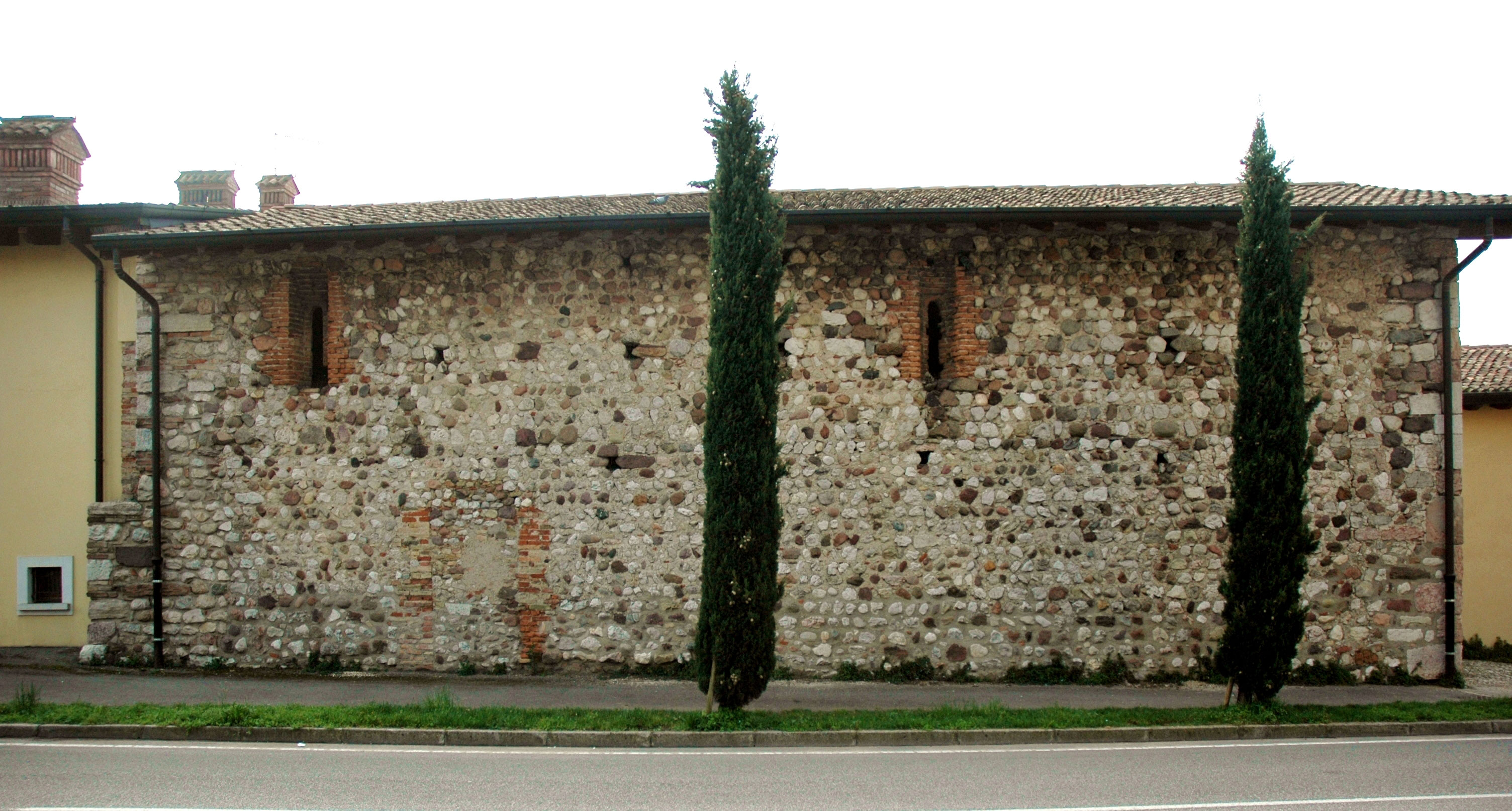 The excavations have revealed two churches prior to the late Romanesque church that is now preserved.
The first was a small funerary oratory with a single nave and a semicircular apse, inserted in an earlier cemetery, that had two groups of burials, that do not seem to be related to the religious building: the first are three tombs aligned at a regular distance of 1 m from the façadeof the church; the second are five tombs set around the only burial in a tomb lined with tiles. The church, probably built in the VIIth century, measured 8,90 x 5 m. As in other cases, we can speculate that the church was founded by the owner of a farm and built within his property. Only three tombs are certainly related to the church: two in front of the façadenext to the door, and one along the north wall, whilst burials have not been found inside the church.
In a second phase the church was enlarged (19,30 x 11,80 m), an area five times larger than the previous building and with a single nave and three apses, typical of the VIII-IXth centuries. The hypothesis is that the reconstruction is connected to the moment when it passed under the dependency of San Martino of Tours, to which the emperor Charles the Fat confirmed the property of curtem Lionam, identified as Lonato (and presumably also the farmstead). This second church, built as the previous church alongside a road, was probably contemporary with another building of which the north wall was found on the other side of a courtyard 7 m wide.  Whether or not this is identifiable with the curtem Lionam, the complex in this phase has all the characteristics of a large rural organization whose owner founded the first oratory, with an economic dimension and power equal to the architectonic quality of the new church.
In the XIIIth century (or perhaps later?), contrary to the other churches that are enlarged using more refined building techniques, our building is reduced in size using in the place of ashlar, simple morenic pebbles.  It is one naved with walling in pebbles on the north wall, whilst the northwest corner (the only one visible) is in large squared quoins. The northern wall, in its actual state, is the result of the renovation of a previous early medieval church, to which the pointing work can be attributed. The two single windows have been linked to the late Romanesque phase (they do not have matches in the Romanesque, but they seem to be in phase with the wall); characterized by brick cornices, the jambs and the higher part are splayed, whilst the inner part is a rounded arch.
It is inevitable that this reduction in architectural quality is due to a change in its functions, a papal bull of Lucio III of 1184 cites the transfer of the building to the high priest of Lonato. This institutional arrangement remains until the XVIIth century, when, after a miraculous event, the construction of the nearby sanctuary declassified definitively the church into a rural annex of the farmstead; that however remained the property of baptismal church of Lonato. 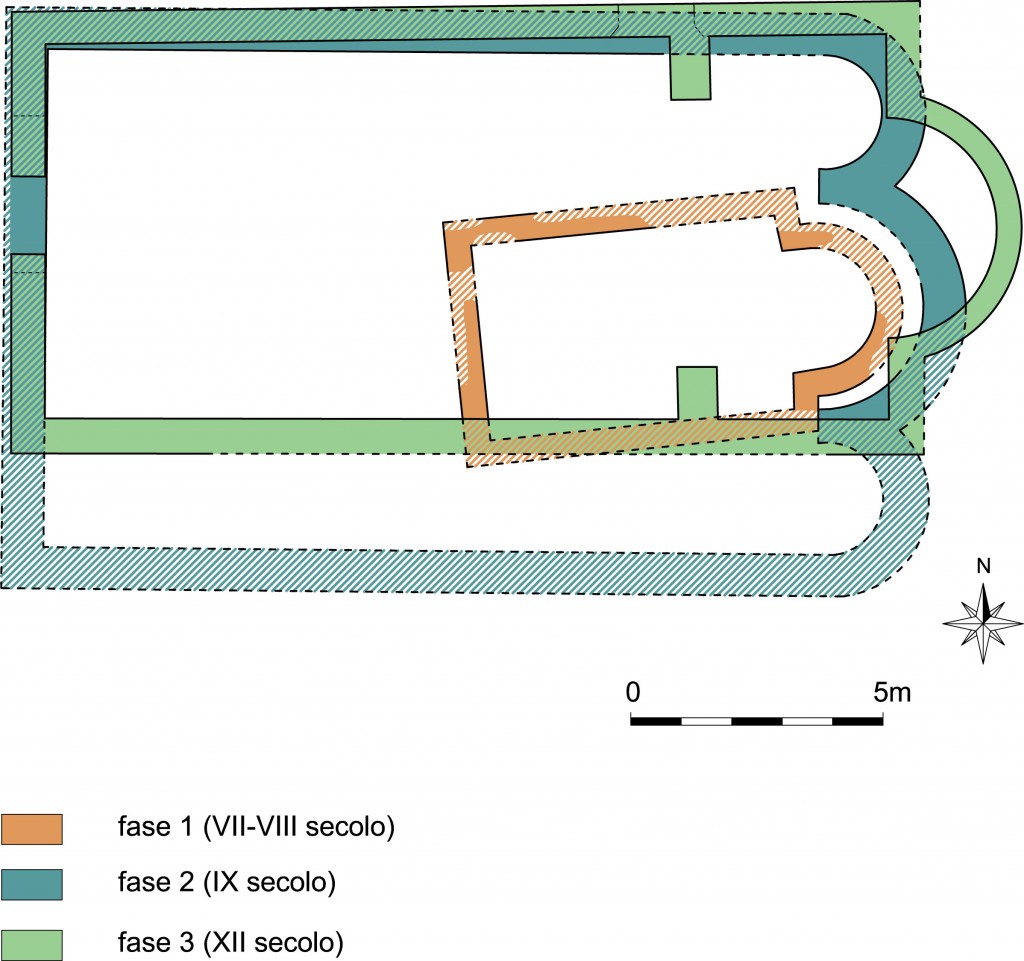