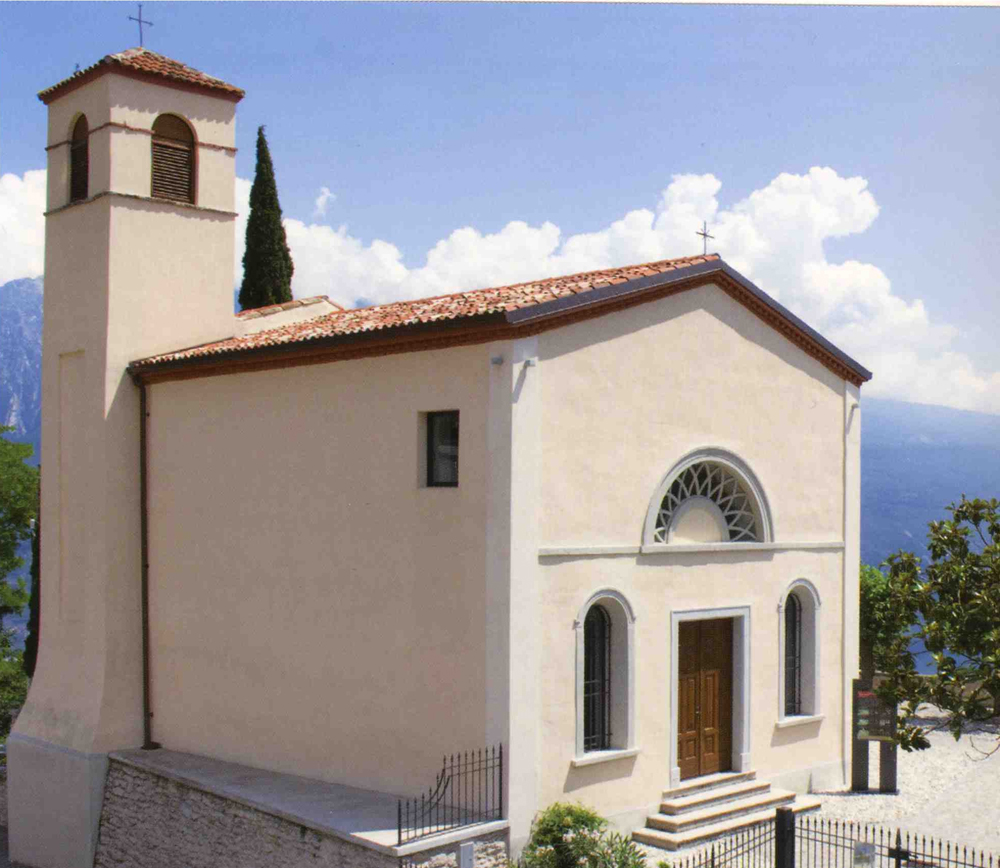 The church has been built halfway up the morenic versant on which rose the early medieval settlement of Gardola. Following the lowering of the ground level; above for the construction of a road, and below to create some football pitches, it is now on an artificial micro-relief, whilst in origin it was presumably on a terrace, where two postholes and a small drain attest a modest activity of the Roman age.
The 2003 excavations have documented a sequence that has at least eight building phases: (1) a first church with a nave that we don’t know if it terminated with an apse; (2) the addition in the chancel of a rectangular enclosure with a niche for the relics under the altar; (3) the reconstruction of the chancel in the Romanesque age; (4) the realization of a transversal arch in the middle of the nave (most likely in the XVth century given the numerous other examples in the churches of Garda); (5) a further renovation of the apsidal area in the XVIth century; (6) the opening of a chapel in the south wall in about the mid-XVIIth century; (7) the reconstruction of the façade straight after the first world war; (8) the transformation into a theatre in the mid-XXth century.
Notwithstanding these interventions, the nave, that measures internally 6,80 x 9,29 m, has never changed the perimeter south wall and it is still conserved in elevation, as demonstrated by the transenna of the windows still in situ.
In the first phase, the nave had a mortar floor and was separated from the presbytery by a wooden partition. The apse of this church has been completely destroyed; it however was not wider or smaller than the Romanesque apse that replaced it, so we can presume a similar semicircular form. The dating of the church is from the end of the VIth to the start of the VIIth century.
In a second phase the pavement of the nave is raised and in the presbytery there is constructed a podium, plastered and decorated with linear incisions and red lines. Beneath the altar a niche for the relics was made, inside of which a small sarcophagus decorated with crosses contained, at the moment of its discovery in the 1980’s, the relics inside a casket. After this, the walls of the nave were plastered and a new clay pavement was laid over a bed of pebbles.
In this phase there were associated two burials: parallel to the south wall and with the short side next to the façade, one tomb was covered with brick tiles and contained an inhumation without grave goods, later a second tomb lined with stone slabs was built along the façadeto the left of the entrance. It was reutilized for successive child burials and then still in early medieval times, it was cut by a pit that cut the southern part of the tomb, removing parts of the skeletons and the grave goods from below the bacino of the first inhumation. In the fill, in part inside the tomb, in part at the bottom of the pit, other than the skeletal remains of other children there was found a bone comb finely decorated and 23 elements in iron of a multiple belt with decorations in the II animalistic in stile in damascening of silver. This, on the basis of the stratigraphy, gave a terminus ante quem of the mid-VIIth century for the second phase of the church . 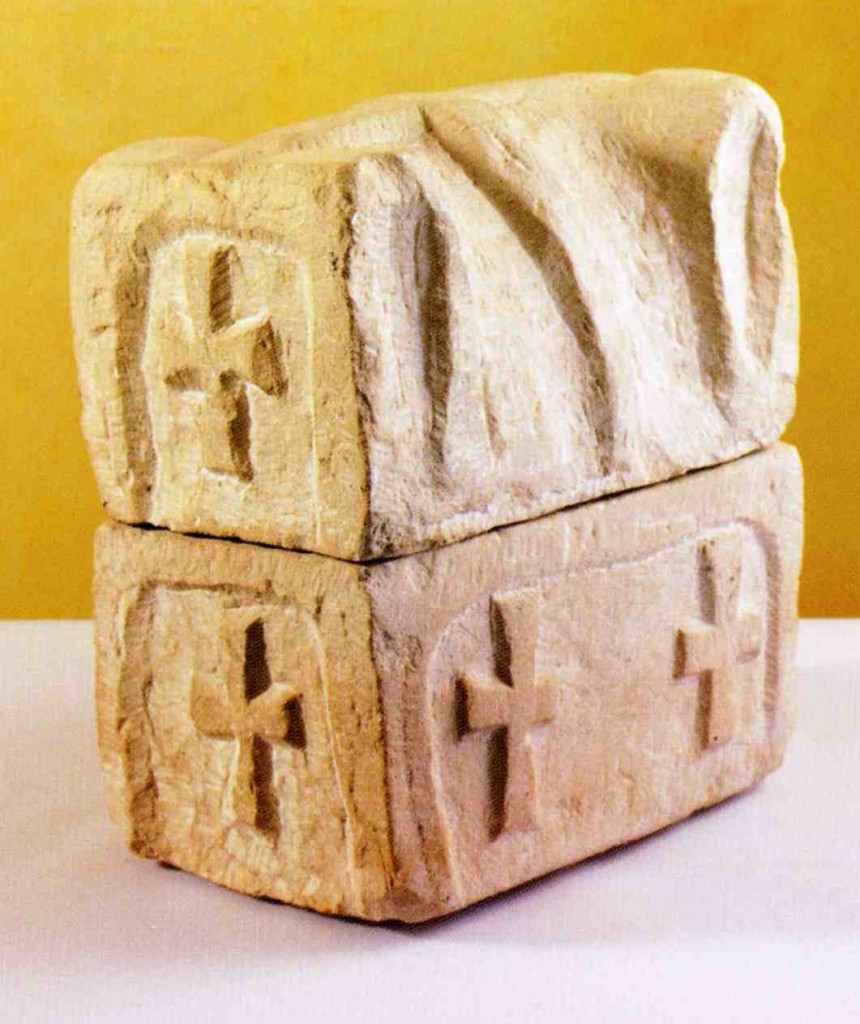 After this, the church is not changed for several centuries, apart from a floor repair radio carbon dated (method of radiometric dating of the Carbonio 14) to 770-900.
In a third phase, the apse is completely demolished, including the partition screen which made way for a new semicircular one, with walls made of square quoins of 1 m in thickness reinforced in correspondence with a great triumphal arch. The reconstruction did not seem to be in order to extend the chancel (the early medieval apse was not, in fact, of inferior dimensions), nor to improve the architectural quality of the building, of which the nave was conserved. It is therefore possible it was a consequence of structural instability, perhaps after the earthquake of 1117, given that the same operation took place in the nearby rural church of Santa Maria.