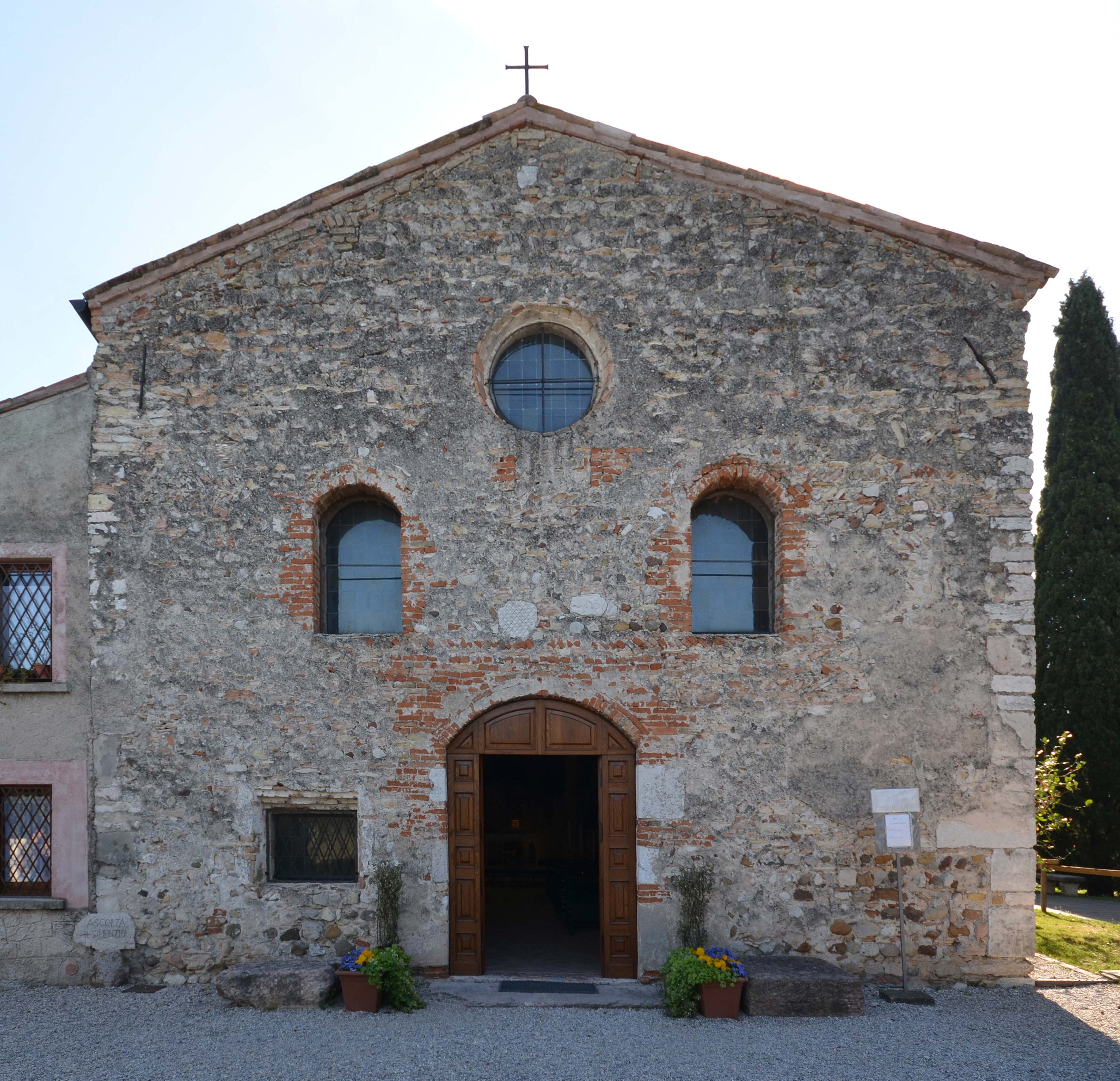 The actual church, dated to around 1000, measures 24,60 x 9,95 m and has a nave that terminates with three semi-circular apses, whilst the bell tower is next to the southern wall.

The 2005-2008 excavations at the church of S. Pietro in Mavinas have unearthed an early medieval archaeological sequence cited in documents of the mid VIIIth century but now thanks to the research predated to the period of the Goths. The one naved building (16,50 x 8,50 m) closed by a semi-circular apse (7,50 x 3,40 m) was preceded by a building with rectangular atrium (3,40 x 2,80 m) that opened onto two lateral wings for the whole of its length and led to two quadrangular rooms next to the apse that through two openings entered the presbyterial space. The original pavement was inopus signinum. Particularly interesting is the presence in the eastern part of the church of a podium, overlaid with plaster not coloured and terminating at east with a semi-circular structure (4,40 x 3,40) razed, according the archaeologists calculations, to a level just below the original floor level of the podium. There was a burial, orientated east west at the centre of the structure. To the west of the semicircle, closed by a metallic bar, the podium projected towards the nave with a quadrangular platform, 4,40 m per side. Inside was a brick recess for reliques, next to the metallic bar and perfectly aligned with the tomb, which was therefore in contact with the reliques. Similar structures have been found at in the church of San Cassiano at Riva del Garda (Tn), at San Lorenzo of Gozzano (No) and at San Lorenzo at Aosta where this element serves for a perfect alignment of the tombs and was probably conceived as such from the foundation of the church. It is therefore possible that the liturgical preparations of San Pietro in Mavinas could function, as in the other cases, other than a bench (or instead of) for monumental reliquary mausoleum for privileged burials connected with the reliques, over which was built the principal altar of the church.

Between the podium and the apse there was a deambulatory, from 2 to 2,60 m in width, opened at the ends towards the nave also accessible from the two rooms on the side of the apse. From the platform of the podium an axial corridor, delimited by narrow walls, 4 m long and 1,30 m wide, occupied over half the length of the nave.

In the early medieval phase, the church was embellished with rich sculptures from which over thirty fragments of a ciborium with scenes of birds drinking from a kantharos and a presbyterial panel with columns, corinthian capitals and an architrave with inscription. The similarity with some finds from the churches of Desiderian foundation, San Salvatore at Brescia and Sirmione points to a dating of the third quarter of the VIIIth century for these architectural fragments, a date that coincides with a general renovation of the early medieval churches in northern Italy. 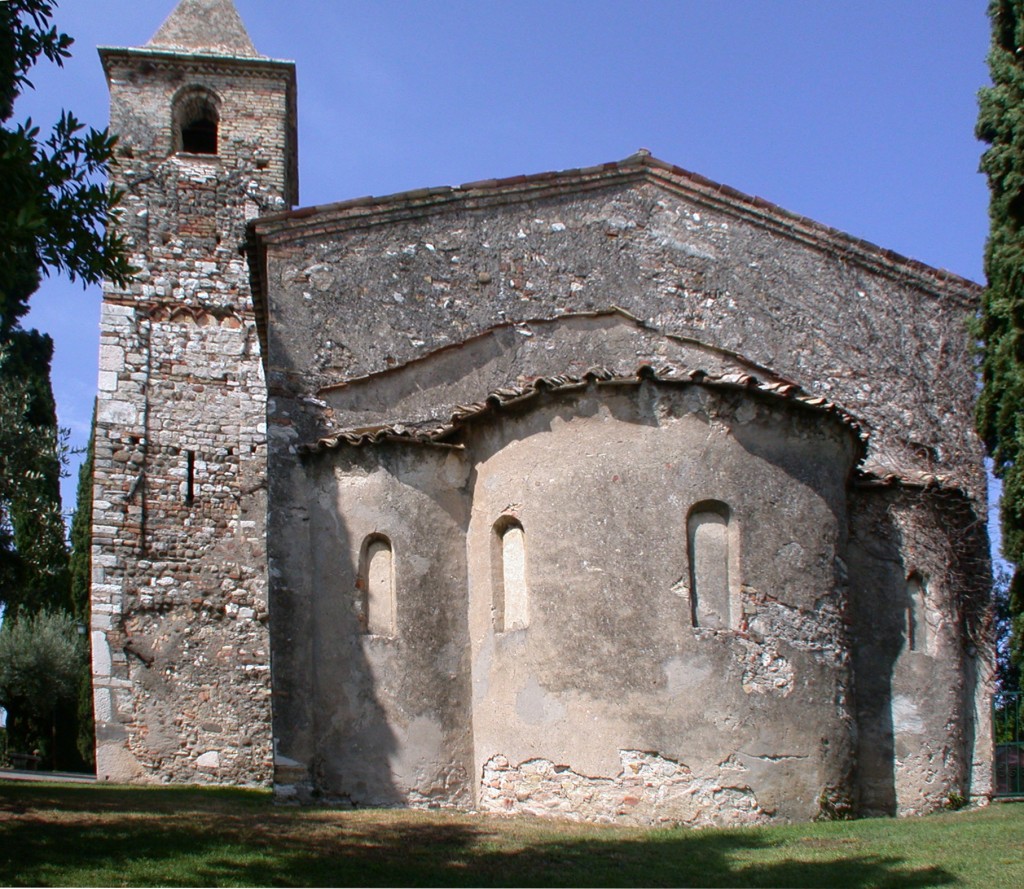 With the one exception of the two rooms next to the apse, the remaining space was occupied as a funerary area. Sixteen burials were excavated in the nave, nine in the atrium, whilst five and seven were the burials in the lateral annexes. Ten tombs, two of which were tile-covered, have been found in area immediately outside the apse, and the minor annexes to the north and south. All the tombs, apart a burial in the presbytery, had been dug in the bedrock, and were orientated east -west and had gravestones at the floor level.

The cemeterial use of the church continued until the Renaissance, whilst the earliest burials are Goths and, above all, Lombards, with grave goods from the end of the VIth century to the start of the VIIth century, of which a cross in gold plate, belt attachments in bronze, a cylindrical ceramic bottle, gold filaments from a brocade and a bone comb. Particularly interesting was the discovery at the centre of the presbytery of some fragments of glass vessels, some of which were probably part of an oil lamp of the Vth-VIth century.