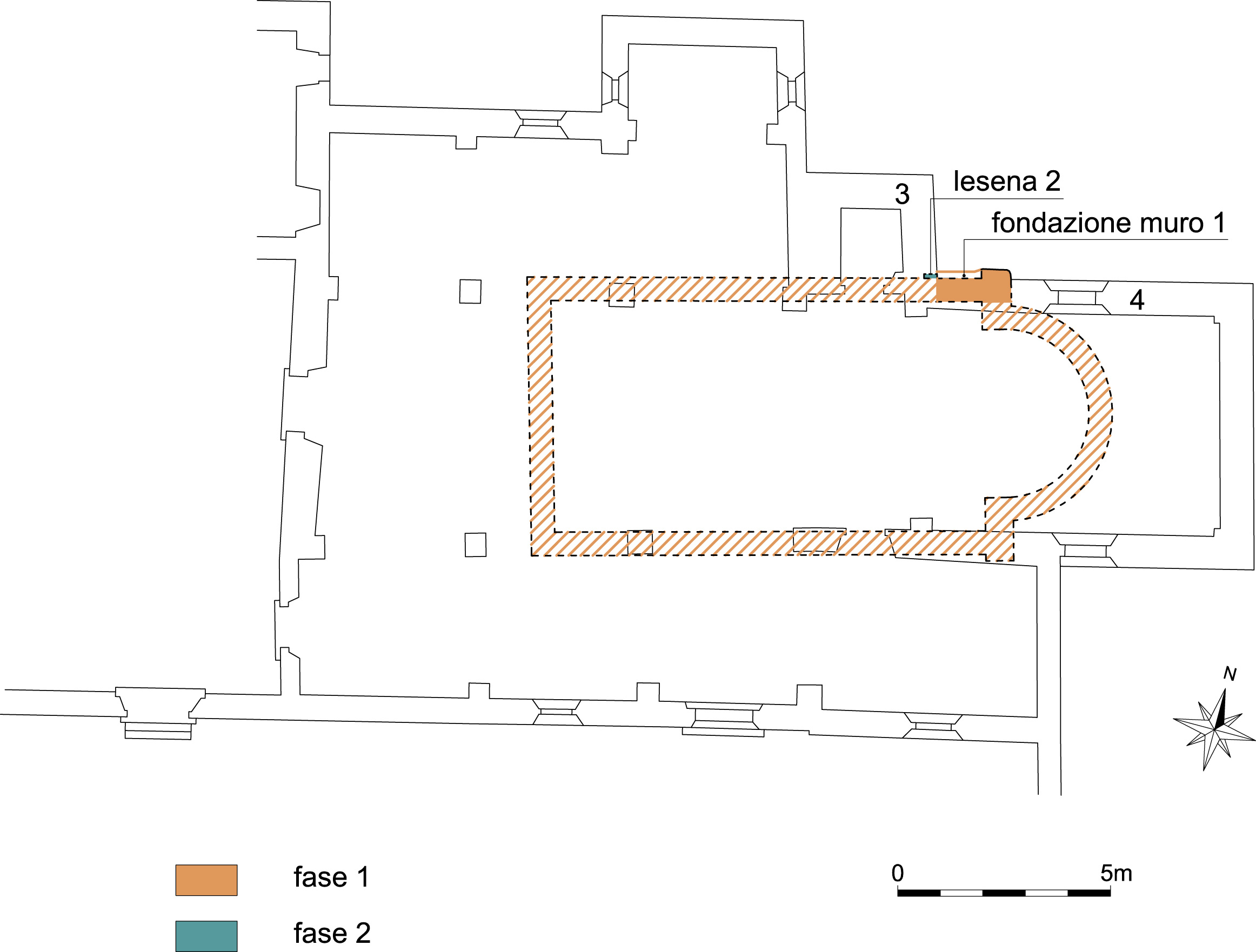 San Zeno, distant a kilometre and a half from the castle of Rivoltella in open countryside until recently (in the visit of 1532 there is an allusion to a domus and an allotment), was built over a Roman settlement, probably a villa. It can now be seen in its present day aspect, with three naves divided by pillars and pointed arches in the central nave (from the beginning of the XVIth century) and a large rectangular presbytery with an adjoining sacristy on the south (built in the XVIIth century). 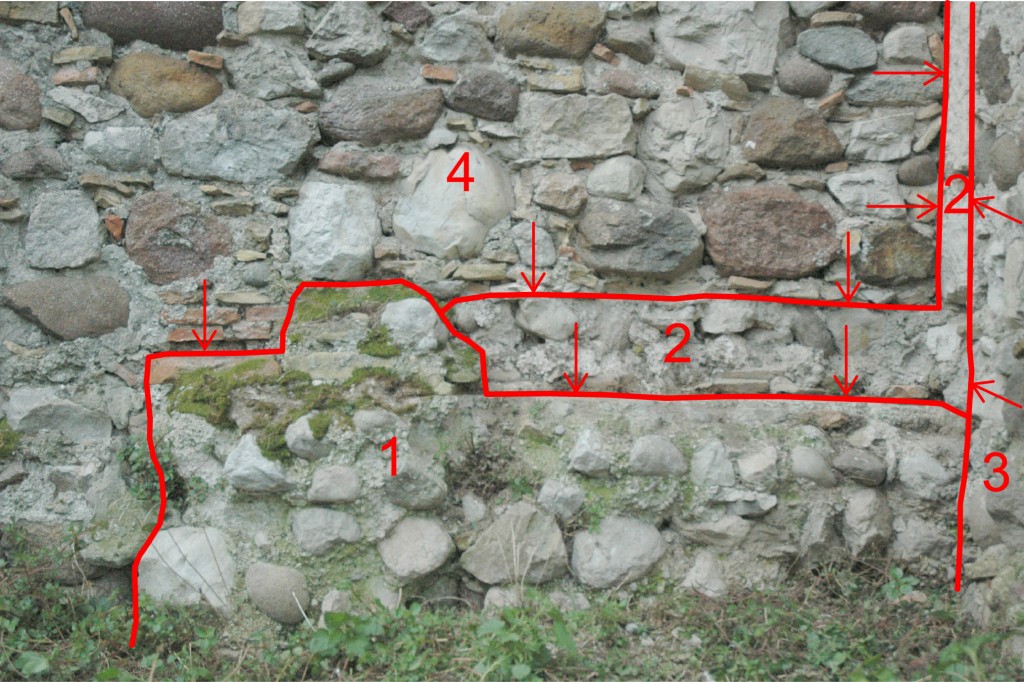 Some of the architectural elements however are from earlier phases. Below the northern perimeter wall of the actual apse (4), one can see a structure (1) made of: (a) a foundation east-west in pebbles bonded by mortar, originally trench built, now a standing wall due to the lowering of the ground level; (b) a small standing tract of the corner of walls in Roman bricks and some pebbles used in the foundation; (c) above the foundation and next to the wall (thatit covers for about 10 cm) is a mortar floor, visible for a width of about 10 cm. Later than the layer of mortar, is a foundation linked to the pilaster that has remained to a height off 3,40 m. The pilaster is butted both by the thirteenth-fourteenth century bell tower (3) and the apse of the XVIIth century (4).
The structure 1 could be the north east corner of early medieval church and as the southern perimeter wall of the church is late medieval, it is probable that it had a single nave, with the northern perimeter corresponding to the actual wall and the southern wall aligned on pillars between the central and southern nave. A fragment of a small pilaster with a plant volute decoration (5), reused, as construction material in the apse, is what remains of the sculptural decoration of the end of the VIIIth century, an indicator for the dating of the early medieval church.
The pilaster instead is probably from the Romanesque phase of the church; of which are conserved on the internal phase of the north wall two layers of frescoes, discovered in 1991. The earliest, visible on the lower right hand side has a simple geometrical decoration; the later frescoes, dated to the XII-XIIIth centuries, has two panels, in the lower one there is a scene of warriors, and in the higher one two saints with halos, one bearded and the other not, at the side of which there is a crowd in the background.