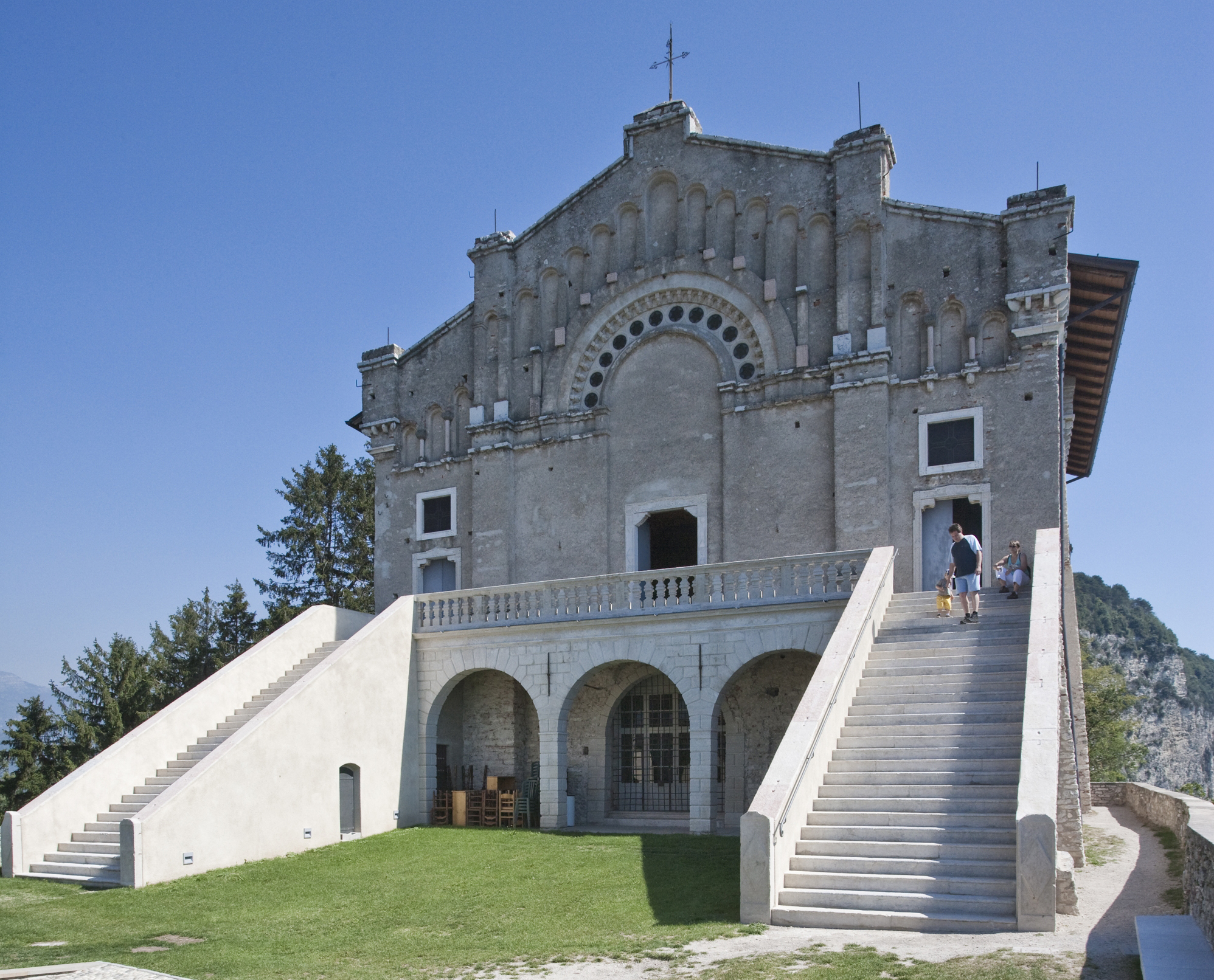 In the document of 1187 it is known as Santa Maria in Monte Stelle. The present day nomination Madonna of Montecastello derives from the fortification built in 1283, during the war with the Brescians and Alberto count of Auspury and the duke of Austria. According to an epigraphy, recorded in 1652, the foundation would be anterior to 802. To validate this was the discovery of a spearhead, ” found when the pavement was remade” and conserved in the church in a showcase, that has precise comparisons in funerary contexts in the VIIth century. It could have been part of the grave goods of an early medieval burial, which would render plausible its function as a funerary chapel, like the church of San Pietro. Five distinct phases of construction can be seen in the architecture the church.
The earliest is the one naved church with semicircular apse that extended towards the west just beyond the presbytery of the present church. The terminus ante quem for its construction is thefrescoes in the apse depicting the coronation of the Virgin, datable to the XIVth century. We can’t however be sure if it is the original church, only an excavation could give more precise indications on the chronology and on the probable burials of the VIIth century.
A second phase, of complex reconstruction, has a terminus ante quem the renovation of the XVth century (third phase) that is articulated on two levels: a semi-interred oratory subdivided by two orders of large pillars covered by rib vaults and walls decorated with frescoes; on the floor above the nave was extended towards the west above the oratory.
In a fourth phase, datable with precision to 1599, the portico with the lateral stairs was added, and the courtyard in front of the church was obstructed by a new building that is still there today.
Lastly, in 1903, the restoration of Arturo Cozzaglio gave a neogothic style to the church: to the higher part of the façadewere added small marble columns with cement capitals; the interior, deprived of the baroque decorations and the 1670 ceiling with its stucco decoration, was replaced with geometric designs. 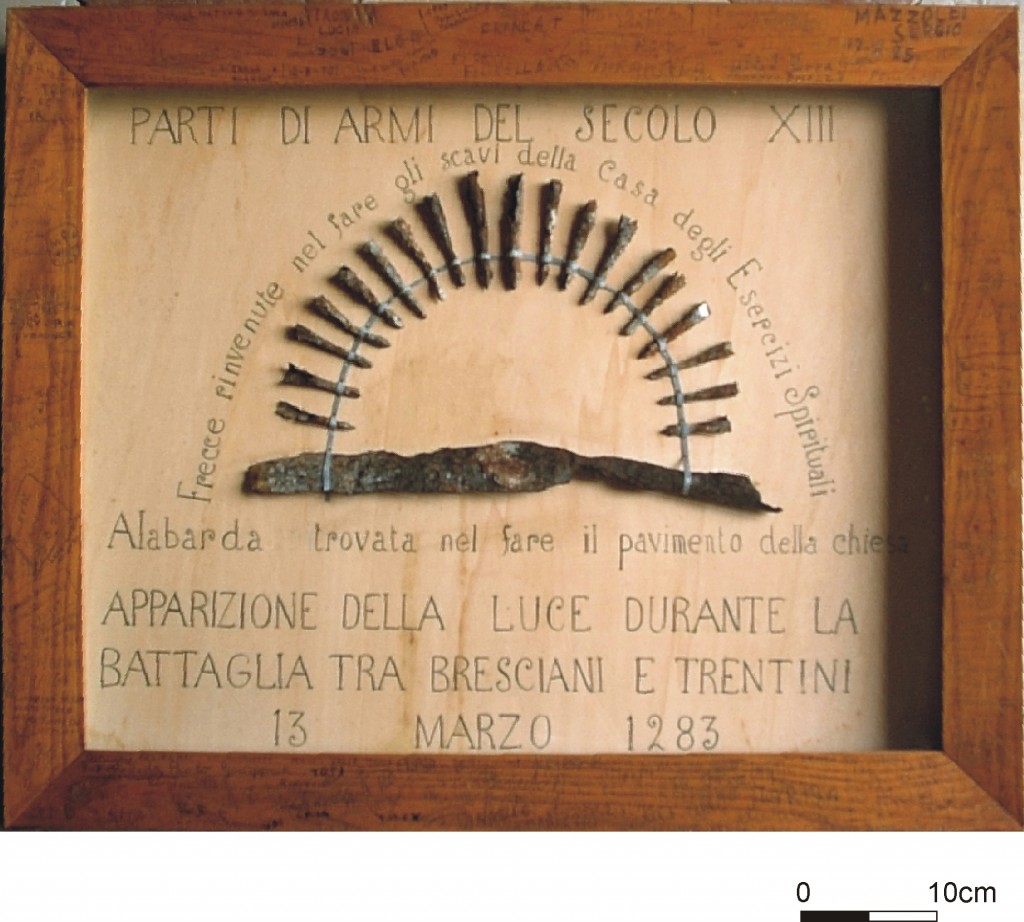