The baptismal church of Padenghe

The baptismal church of Padenghe 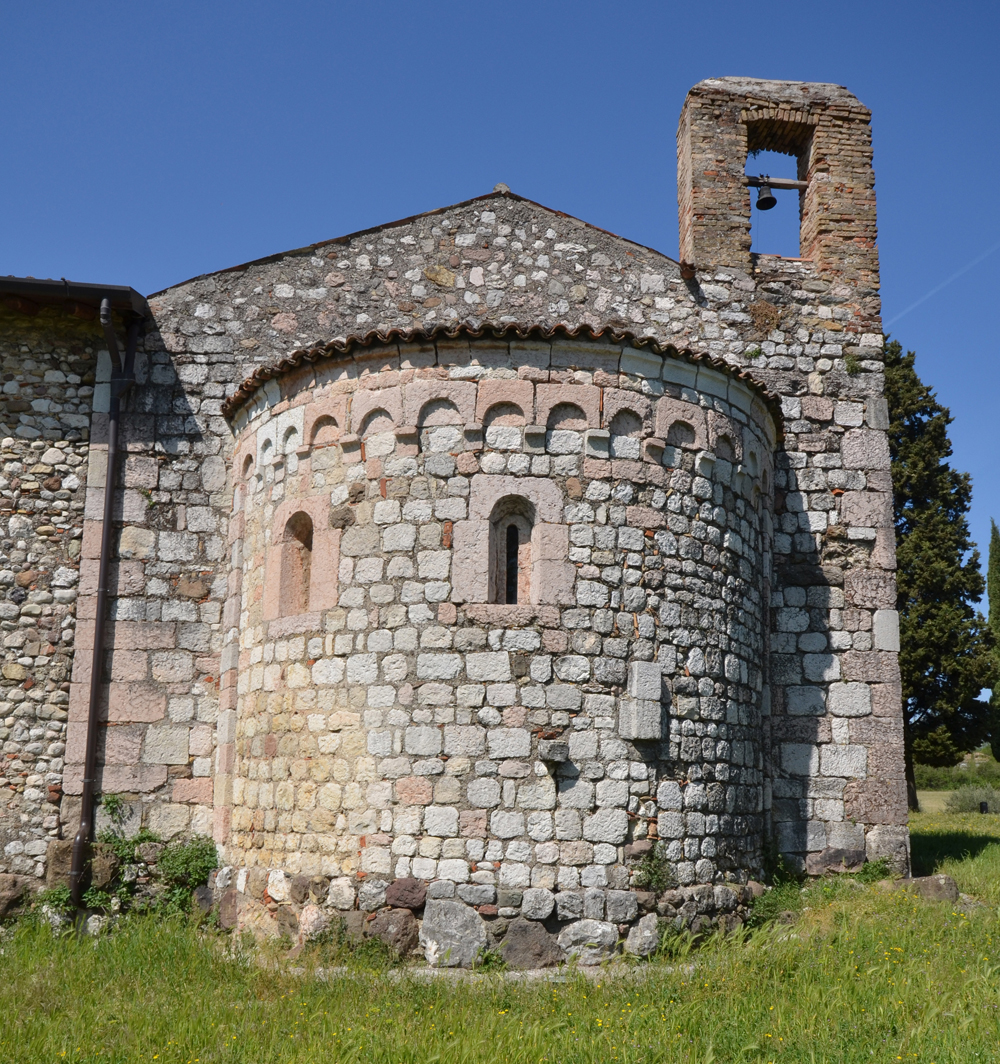 In the diploma of Eugenio III, issued in 1145, the baptismal church and the castle of Padenghe are both subject to the bishop of Verona. In the visit of the bishop Ermolao Barbaro in 1454 it is stated that the baptismal churches of San Cassano and Sant’Emiliano have jurisdiction over two chapels: Santa Maria built in the suburb below the castle, that would become the actual parochial church, and San Michele, now disappeared, of which we don’t know its location. In the double entitlement, the reference to San Cassiano signifies that it had assumed the title of a church built over a Roman villa on the lakeside, partially documented by earth removal for building work, together with the presence of a cemetery dated to the late antiquity and the early medieval age with burials in sarcophagi. From here there is a tomb cover, a monolithic slab, that is now conserved in the museum of the Grotte of Catullo at Sirmione, that is inscribed with crux Cristi alere peccatorem (the cross of Christ saves the sinners) and has a circular hole that confirms the continuing tradition in the VIth century of putting food in the tombs.
The church of Sant’Emiliano is built on a morenic terrace near to another Roman villa, noted since the XIXth century and partially excavated in 1995 in the occasion of earth removals. In its actual Romanesque form, the result of a radical restoration of 1958-1962, the church is dated to the start of the XIIth century, but we don’t know if it was built on top of a previous building. It has one nave and a semicircular apse; the walls are in ashlar masonry with white and red limestone blocks laid in regular courses. In the façadethe portal has monolithic jambs surmounted by a lunette within which there are the remains of a frescoes, a Greek cross is carved onto a Veronese block of red ammonitic. 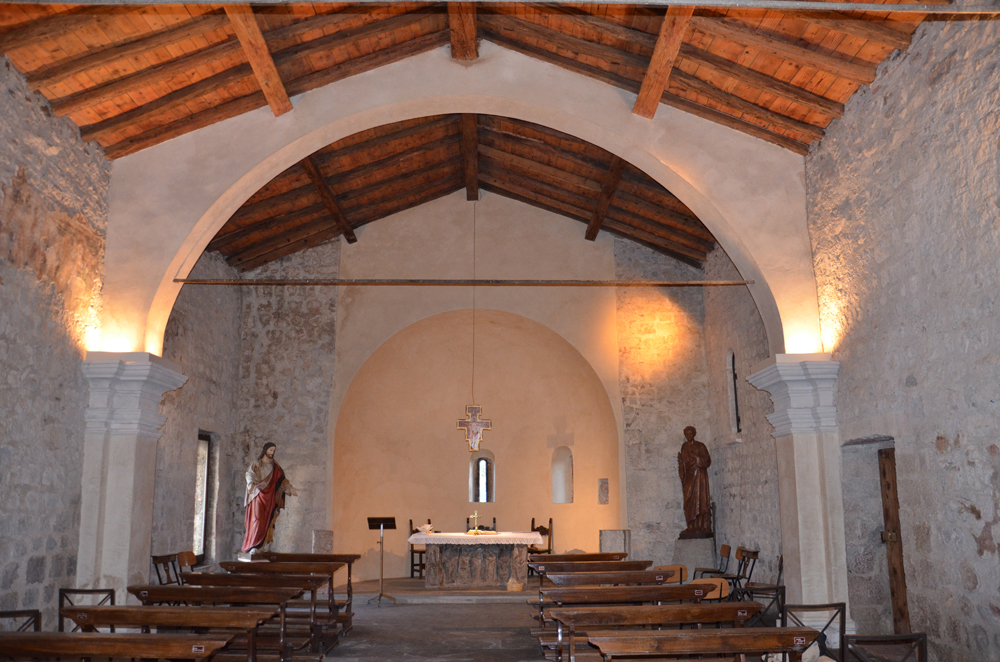 The apse (heavily restored) presents a coronation with corbelled arches and above cornices and three small windows with rounded arches and cornices of stone blocks including those that form the arch. To later renovations are the higher parts of the eastern wall with the small belfry, the rose window in the façadeand the two external transversal arches. The rustic buildings on the southern side of the church, over which there is a dovecote of the XVth century, took the place of a former domus annexed to the church.
In 2002 there were discovered two phases of frescoes on the north wall of the nave. The earliest, dated to the end of the XIIIth century, represent the archangel Gabriel with a fragment of inscription: …PARATUM EX VOBIS A(NGELUS) QUO… perhaps liberally taken from the Gospel of Matthew, 25, 34 (Venite benedicti Patris mei; possidete paratum vobis regnum e costitutione mundi). The scene represents part of a Giudizio Finale (Final Judgement) with the introduction of the elect in the presence of Christ. The second phase, from the XVth century, shows again archangel Michele with other saints. The insistence of the representation of the archangel is probably to remember the disappeared church entitled to that saint.